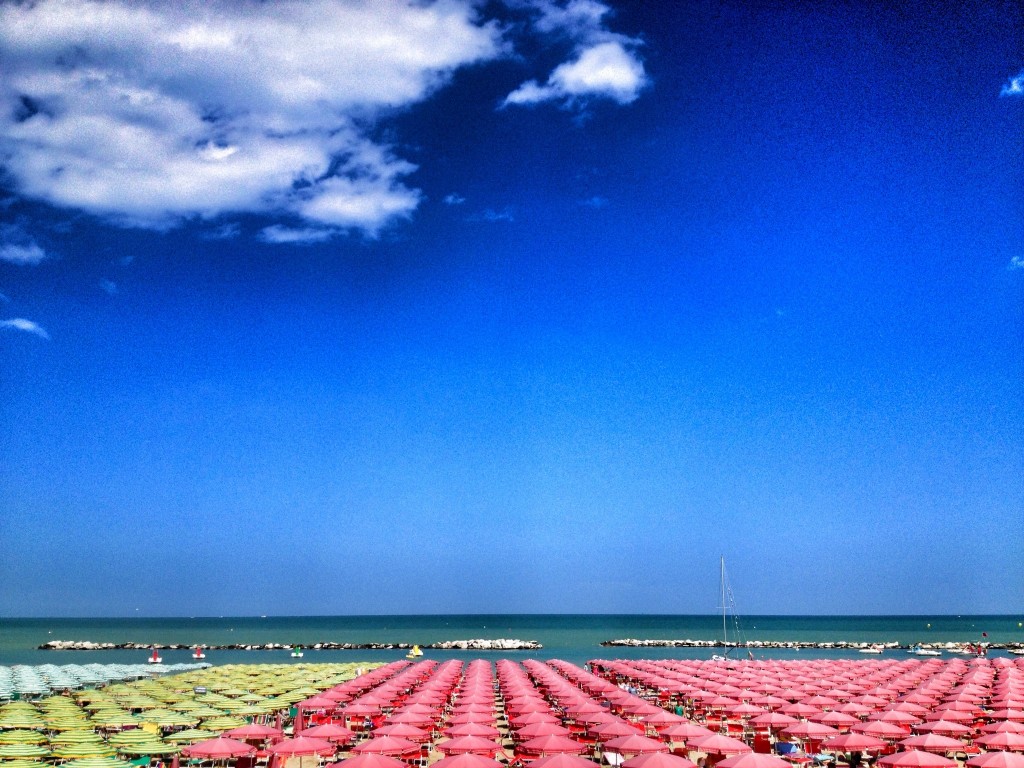 About a month after our arrival, Leeloo realized that her birthday was coming up in just a few weeks. Her face lit up like a carnival ride at the thought, and then just as quickly her whole face dropped as she also remembered that she knew No One in Bologna. What about my friends?! What about my best friends?! And Nana and Abuelo?! Who will come to my party!? Sensing that a total breakdown was coming, I immediately replied with a big smirky grin “Don’t worry. Papa and I have an extra special surprise planned for you!” Confident that moms have this kinda thing under control, she quickly recovered and off to the pool she bounced. My son, never wanting to be left out of a good secret plan, leaned in conspiratorially, and asked: “What is it? You can tell me.” I answered honestly. “I have absolutely no idea.”

I also had no reference point for what it’s like to be in her situation. As much as my sister and I would have liked them to, my parents had never moved. My friends (and my sorta-like cousins, and my real cousins and aunts and uncles and…) had always been there. But here we were in another country, in those fragile first months, when she was asking to face time her closest friends daily, and when she was just starting to piece together what moving across the Atlantic Ocean meant to her 6-year-old life. The excitement of packing and moving and settling into a new place was waning, and school life had yet to offer new friendships and adventures. What’s a momma to do? Flying everyone to Italy wasn’t an option, so I went for the next best thing, total and utter over-compensation.

We came up with a road trip to the beach, and planned a few days exploring the Adriatic Coast. Nana and Abuelo even joined us because, being way better planners than their off spring, they had had the foresight to organize their first trip to Bologna at the same time as their granddaughter’s birthday! But then after candles had been blown out, presents given and we had all packed back into the car, supposedly heading back home, Stefan took a few “wrong turns” off the highway, and we ended up at the entrance of… Mirabilandia – a huge amusement park right outside the coastal city of Ravenna. I should mention that we are not so much amusement park people, but even Stefan, who starts to sweat and swear at the thought of being in a crowded space with hundreds of people he doesn’t know, had agreed that an amusement park was the answer. The only answer for one homesick and newly seven-year-old. The day was spent riding just about everything in the park. Stefan patiently endured long lines of sweaty people, Abuelo went down a water coaster for the first time, and Nana and I road the rapids with the kids and raucous Italian teens. We sampled amusement park pasta, tigelles (a pita-like sandwich typical of the area), Italian beer and wine under the hot summer sun. The day came to an abrupt end (to the delight of the 4 adults involved) when the skies opened up around 6pm and a storm drove everyone off the rides and running to their cars. Leeloo proclaimed it: The. Best. Birthday. Ever. as she took off her sandals and splashed in puddles all the way to the exit. 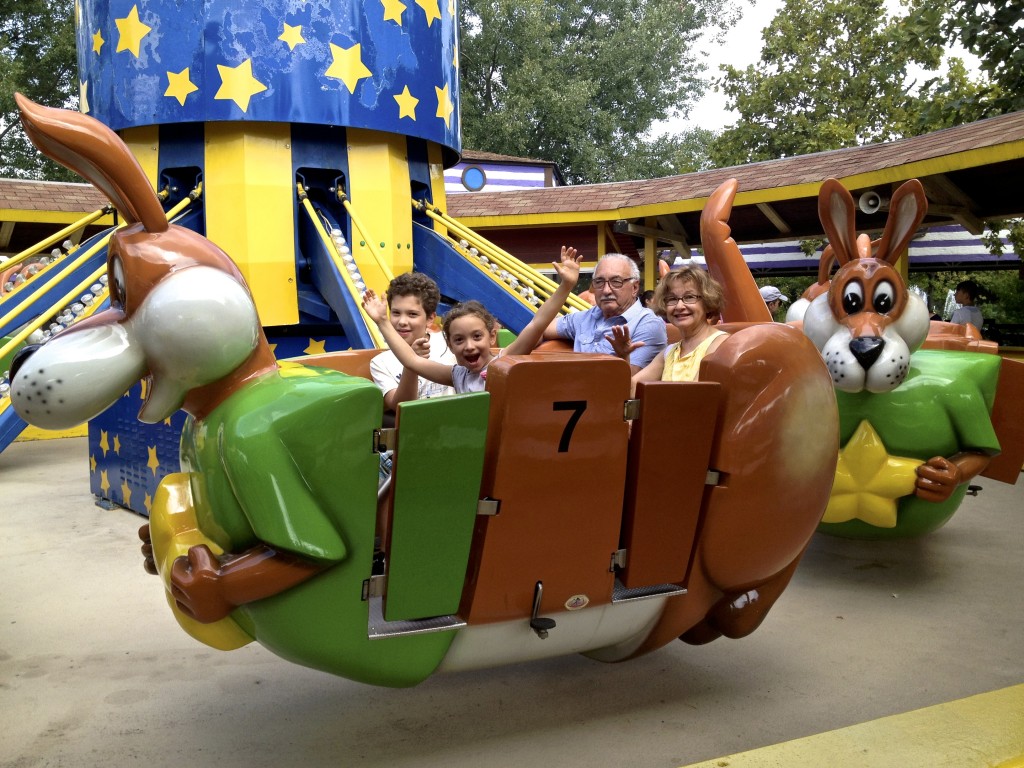 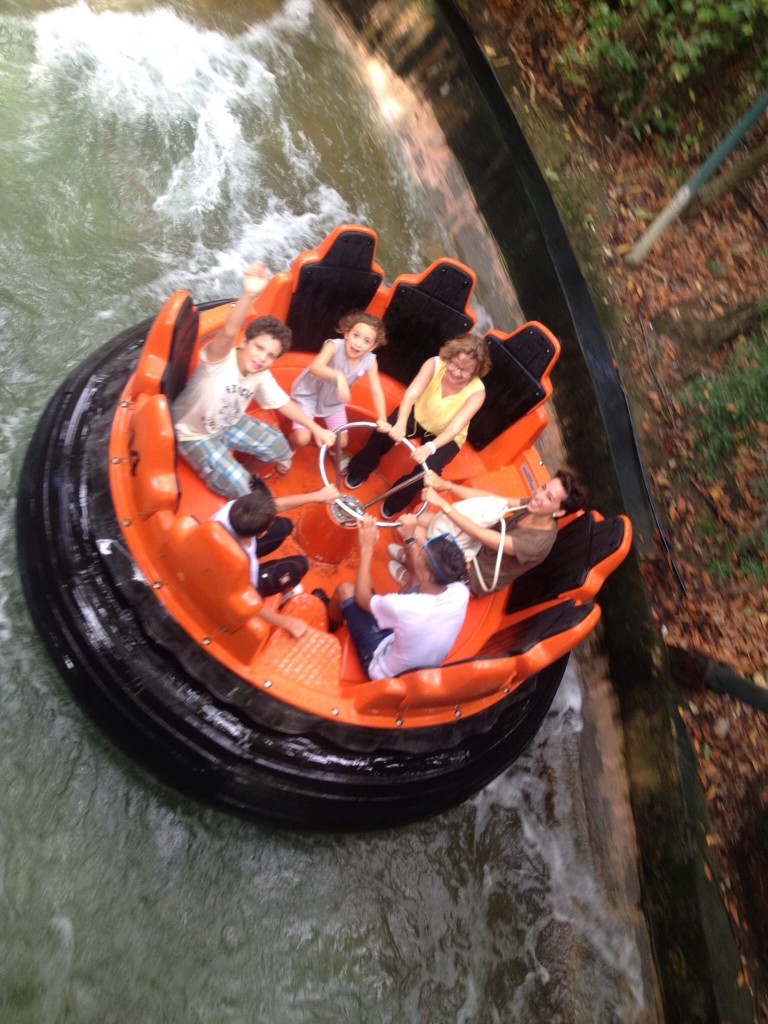 Less than 3 months later, Zoel’s birthday rolled around, and we really had no choice but to go big again. He had dropped a few “Wow, I can’t wait to see what you come up with for my birthday since we did that whole thing for Leeloo’s!”, upping the pressure just a bit more. How do you top an amusement park in a soon-to-be 11 year old boy’s mind you ask? I racked my brain quite bit with that one, and then, luckily, asked the right new friend here in Bologna. She came back with the brilliant idea of taking the kids to a medieval castle called Castello di Gropparello, which belonged to the Count of Gropparello during the late Middle Ages, but that dates all the way back to 810. What made it even cooler for our history loving boy is that actors take over the grounds from April through November, and lead an audience through a play that takes you through not only the castle itself, but the enchanted forest surrounding it. We met up with wizards, fairies, beasts, knights and Merlin, himself, as we made our way up rocky hills and down muddy slopes. At one point the kids were invited to dress as knights and join the castle’s forces to find and slay 3 hairy black beasts who, just as we approached an open field, emerged from the foggy edges of the forrest. I kid you not. I had to stop myself from running. Zoel got right in the chase with his wooden sword pumped high in the air. He tangled with one of the beasts one-on-one and dealt him the blow that finally dropped him to the ground. At that moment, he looked older and much bigger than the little ones around him, on the verge of being too old for all of this, but thankfully, for this momma, he wasn’t just yet. 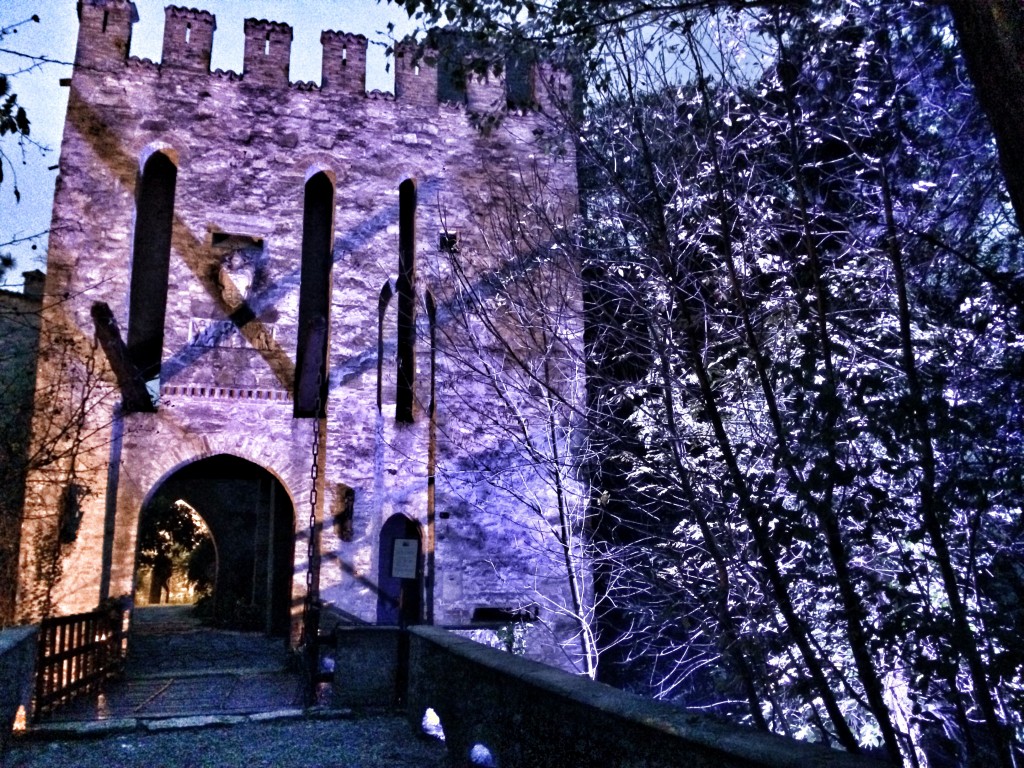 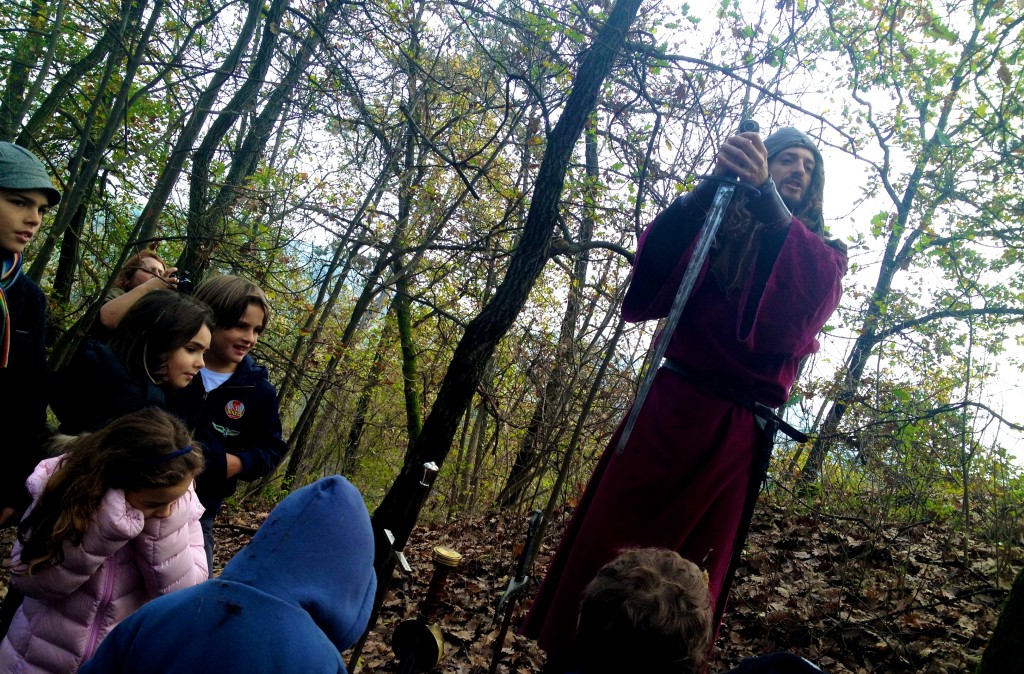 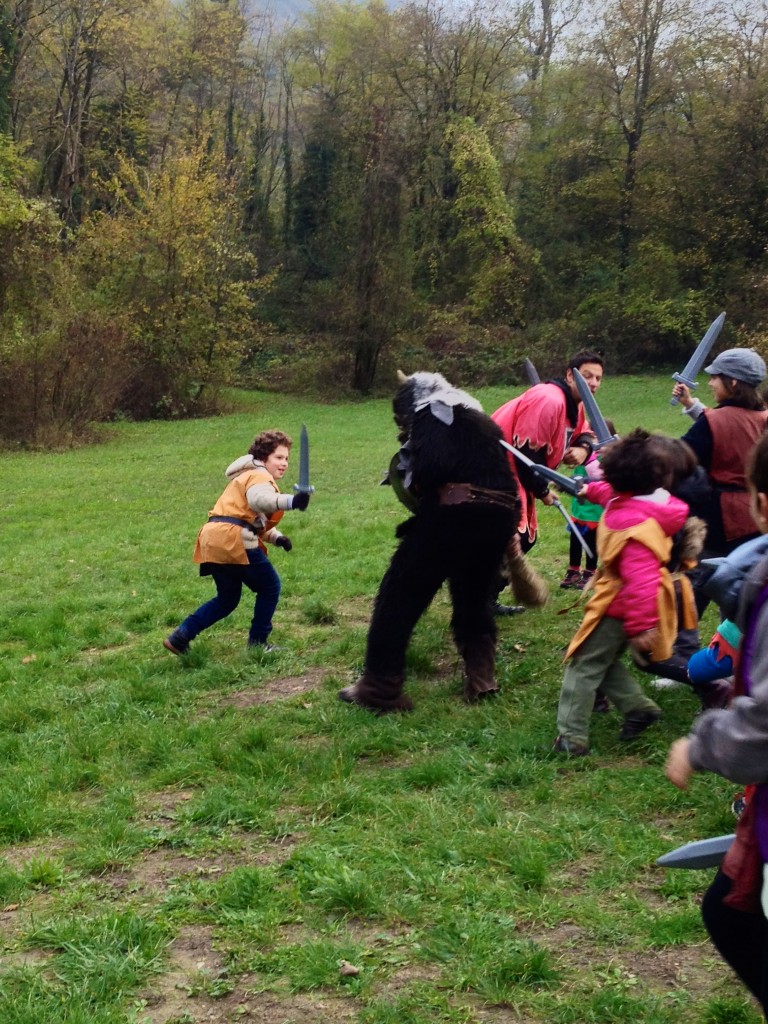 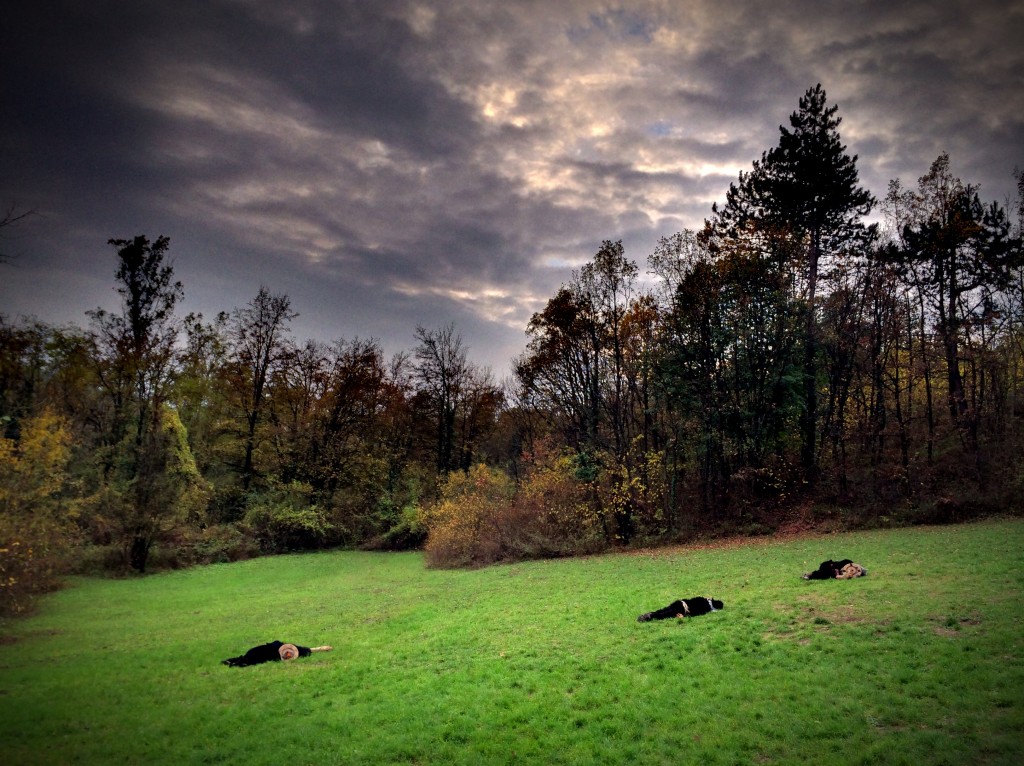