So, this happened today: 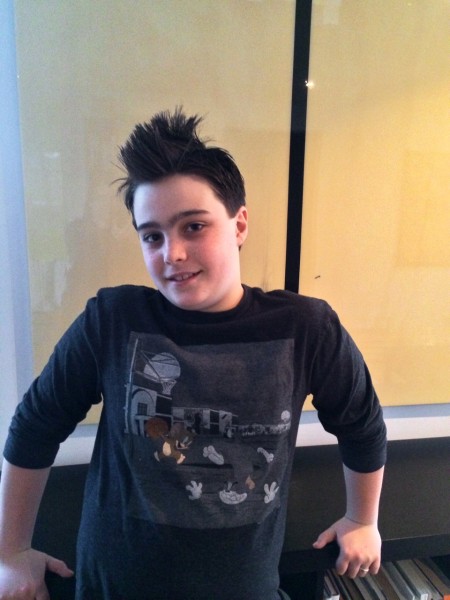 Noah actually requested the full-blown version of the style, with shaved sides and purple dyed tips, but I told him the faux hawk was muuuuch cooler and, surprisingly, he complied. (A reprieve that will probably last until it’s time for his next haircut.) He said he needed a change and this ‘do seems to be enough of one to satisfy that craving. For now.

Noah is a born Traveler. He’s always up for a trip…to the supermarket, into the city for an afternoon of roaming around a museum or a park, to anywhere an airplane will take him. I hesitate to name the origin of his wanderlust…I just think he likes to go. He keeps careful note of all the places his BFF Zoel has visited and is hopeful, er…determined to go to London and Paris and Tunisia, too. One of the first questions Noah asked us after he definitively understood that our friends really would be moving across the ocean was, ‘why can’t we go, too?’

The answer to why we stayed here is, as you are learning, simple and complicated, involving far too many moving pieces for even the most precocious child to understand, but there wasn’t a reason in the world that would have salved his disappointment about being left behind. Sure, Noah wanted to move to Italy so he could be with his friend, but he’d be up for living someplace other than here TOMORROW even if that wasn’t the case. He already has plans to move to Greece with my brother and his wife ‘when he’s old enough,’ and he consistently asks for ‘a trip’ to be his gift when Christmas and birthdays roll around. Whenever Noah’s in an airport, his eyes get all bright and twinkly as he reads the Departures board aloud to us imagining, as he does, boarding a plane to anywhere.

I love airports, too. I hate to fly, but airports themselves are my drug of choice–with their highs of measureless energy, unceasing noise and anonymity. When I was a graduate student living in New York, I used to take the A train out to JFK and sit at one of the coffee shops or bars there to write. I’d siphon off the fondness and resentment pulsing out of all those the frenetic hellos and goodbyes and then deliriously imagine climbing aboard a huge steel tube roaring down a runway and lifting off toward Cairo or Oslo or Minsk. Soaring over the Atlantic I could leave behind my identity, my responsibilities, all those promises I couldn’t keep.

But what does all this have to do with hair?

Nothing. And everything. Here’s the thing. I’ve cut my hair off twice in my life. The first time was just before I collected the guts to break up with my first serious boyfriend–a man of (very) questionable integrity. The second time was six months after I had my son and I had yet to leave him for more than an hour. Literally. Both times I needed a different way of being in the world. A new perspective was required. Something had to change.

I’m not trying to draw a straight line from my kid’s haircut to him crying out for help. Jeez. The kid lives the life of Riley as far as I’m concerned. But I’ve learned a thing or two about not letting moss grow underfoot–especially because of how itchy and uncomfortable it can get. I, too, am envious of Gina (and Stef & the kids’) new ability to hop on a pretty inexpensive flight and, in as much time as it takes me to drive to the edge of my state, land in an entirely new world.

Luckily, when you’re 11, change comes in many forms. Sometimes it’s a haircut. Sometimes it’s a train ride to Montreal. Other times all it takes to make you feel alive again is your music teacher showing you a couple of new chords and then handing you a instrument you’ve never tried to play before. 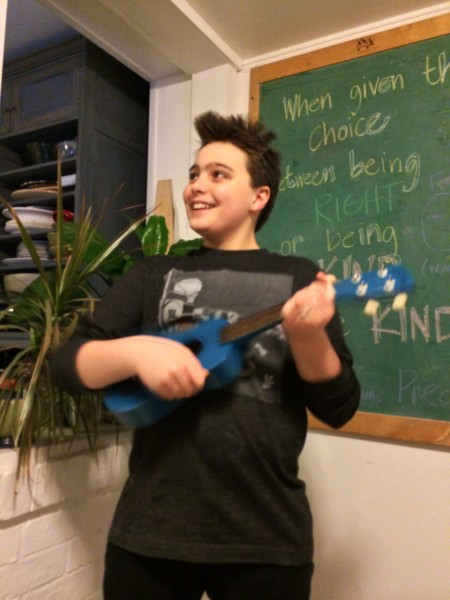