At the start of this blogging adventure, Christine and I mentioned that we’d spent just about 200 Friday nights together over the 4 years my family lived in Garrison, NY. Like clockwork somewhere between 6 and 7pm, either Ray, Christine and Noah would walk through our barn doors and into our kitchen, or we would walk through their river-side cottage doors and into theirs. A prosecco or wine bottle would be opened, the kids would disappear into their own world of catch-up, and we would commence decompression. My back muscles are relaxing just thinking about it. Many times, our friends Michele and Dan and/or Melissa and Brian, would ride the train or drive in from NYC to join us, or our siblings or parents might get in the mix, adding another layer of interesting anecdotes to the week’s review.  After a packed week here in Italy (and France), I’m eager to talk with my friends, so I’m happy to inaugurate this first Friday Night Dinner post with conversations about What We’re Eating, What We’re Talking About and What We’re Drinking. 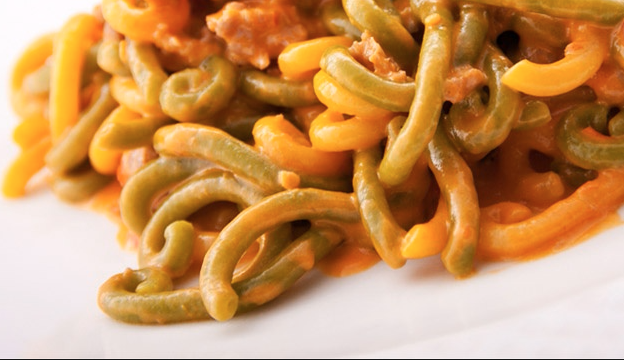 I ate a baguette a day while in Paris, and a few croissants too. And I feel no shame. I’d do it again. And again. Now that we’re back though, I cannot wait to get myself a big ol’ bowl of Gramigna alla Panna e Salsiccia (a curly short pasta in a sauce of cream, onions and sausage), my favorite of our region’s traditional dishes. Folks here invented (invented!) lasagna,  ragu, tagliatelle, tortellini and mortadella (sometimes called bologna but so, so far from Oscar Meyer’s b-o-l-o-g-n-a) just to name a few things, and it’s probably some of the richest and most flavorful food on the planet. I’m realizing I could probably do a whole post on the wonderful dishes we’ve found here and I will, but in the meantime, here’s a recipe for the Gramigna in case you want to try it at home. I’m still wiped out from our excursion and recovering from my cold, so I’ll be heading here for mine tonight!

Christine says: Tonight is one of those nights when we’d make sure you came to us! Our table would be filled with olives and breadsticks and several boxes of Puffs tissues and you could sit back and watch us cook!

What We’re Talking About – Stefan’s Back in the Recording Studio! 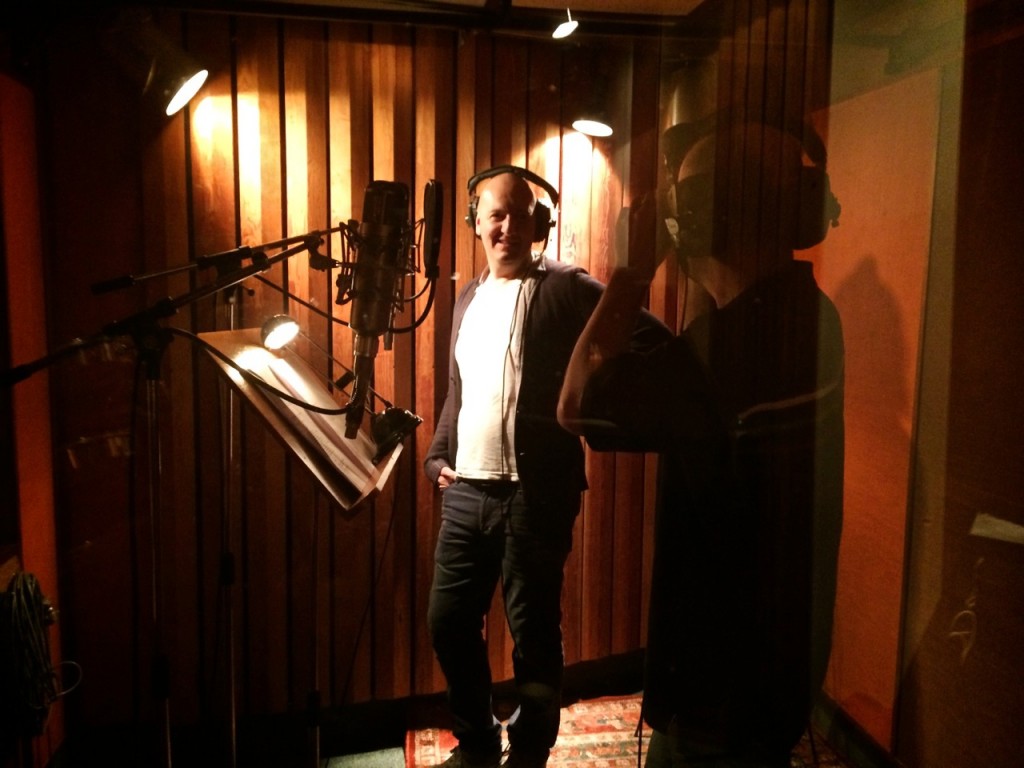 So… Stefan’s been writing a few songs over the last few months, excavated from rifts and melodies that he’s invented and been playing on his piano for the last 15 years, but has never given any particular form to. After pulling together 4 very different songs from those bit and bobs, and then receiving the unexpected opportunity to use an amazing recording studio in Paris (where Daft Punk and Pharrell crafted Get Lucky!), we went off to the City of Lights at the end of last week to record. We pulled the kids out of school for a few days, because how often does Pops get to record music in such a place?! And also because Leeloo hadn’t been there since she was a toddler, and she was eager to see what all the fuss is about. (Please see yesterday’s post for more info on her adventures.) My evenings were spent rejoining Stefan, Zoel and a merry band of musicians and singers in the studio until the wee hours of the morning, watching them bring to life what Stefan has been conceiving in our living room for over a decade. It was exhausting and I wasn’t even doing much, but nodding along to the beats and doing the occasional food run. But at the same time it was exhilarating and motivating to see people do something so well. Each one of the musicians and singers has honed his craft for decades and their talent, skill and love of music was on display every second. More than once, everyone assembled behind the sound engineer to hear something excellent that had just been recorded, and a mini house party would erupt with dancing and singing, head bobbing and effusive shouts of Yeah Man! And to think this was all happening around little melodies that Stefan just pulled out of thin air one day. He was loving the whole thing, in his element, with people who speak his language and it was a beautiful sight to see. Why he hadn’t thought to do this sooner, I don’t know, but I hope playing music with good folks continues to be in his future. Zoel was also right at home and in the mix – quite literally since his Papa asked him to write a poem about music that could be incorporated into the intro track, and he came up with a doozy. Mama and Papa were so proud, especially when he stepped up to the mic and laid it down like a pro. It’ll take another month to get the tracks mixed, but I’ll share them as soon as I can. In the meantime, on Feb 1, Stefan put up a bunch of Vines of studio moments on theapt.com.

Christine says: OK, first, just looking at that photo makes me want to jump through my computer, give him a big hug and demand a sip of whatever it is that makes his skin glow like that. (I think it’s called unbridled joy?) Did Stefan SING too? I. Can’t. Even. I always loved coming over to your house unannounced and catching a moment or two of Stef at the piano messing around with an art form that is a complete mystery to me. Now, or soon, I’ll be able to download a bit of it to my iPod. How does this whole thing work? Do you write the music for all of the different instruments? Is it jazz? What happens to the music after you record it? How do you know when a song is finished? Did you go home and start writing more or are you in need of a cocooning phase after such a manifestation? Did the studio smell like Daft Punk?

And Zoel? Noah will be so interested in that poem and the music and the drums and, most important, all the machines. We helped Dan film an Instagram commercial for one of his clients yesterday and Noah was completely taken with the cameras and lights and all of the techy stuff. More about that on my side! 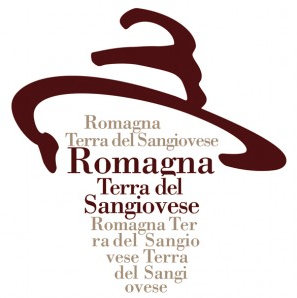 It’s the leading wine of the region, so no doubt you’ll see it included in many Friday Night Dinners to come!

Christine: You live in a place that has A LEADING WINE OF THE REGION. We might have a leading…apple? I love a simple Italian red. Cheers!