In her column to the left, Gina details our Friday Night Dinners: what they are and what they mean. Go read her first! 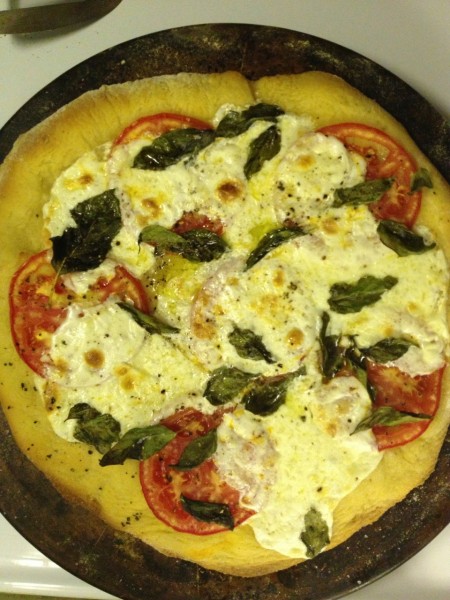 Have I mentioned it’s been cold and snowy here lately? Our go-to meal, when we need the warm emotional hug of food to comfort & warm us (and boy do we need both after this week) is home made pizza. Growing up, my grandmother used to make a large sausage and extra-cheese pie every Saturday night. Sometimes, especially during high school when the social shenanigans of being a teenager got to be too overwhelming for me, I’d skip the basketball game or school dance and, instead, spend the evening with my grandparents who lived just on the other side of town. We’d watch TJ Hooker and eat slice after slice of this bread topped with gooey cheese treat and talk about things that weren’t in any way connected to boys or biology. It was exactly what I needed to recharge. Ray’s Italian-American family made pizza on the weekends, too. He remembers sitting at the edge of a big enamel table on Friday nights when he was about ten, watching his grandfather cut up sticks of pepperoni and waiting for him to flick his big knife to roll a thick slice or two towards him to taste. Ray and I started making pizza for Friday night dinners about a year ago. It was Stefan’s birthday and we wanted to delight him with something truffle-y so Ray made a white pizza with truffle oil, truffle salt and three kinds of cheese. It was amazing. These days we make all different kinds of pies. Truffle. Broccoli. Olives & garlic. Pepperoni. We’ve even perfected the vegan variety for Michele and a dairy-free option for Walker.

We buy our dough from a local pizzeria. We’ve tried to make it ourselves a few times but it usually comes out too tough and thin. Plus, we usually don’t think ahead enough to have it ready in time. We do make the sauce ourselves…using San Marzano canned tomatoes, olive oil, garlic, oregano and salt & pepper. (Heat the garlic in the olive oil, add tomatoes & spices and let simmer for 30-40 minutes.) In the meantime shred the mozzarella cheese, grate some parmesan and/or romano if you like those varieties, and prepare the toppings. You can put almost anything on a pizza. Our suggestion is to lightly cook any veggies you want to add–in order to remove some of the water. Bake at 425 until the edges of the crust darken a bit and the cheese bubbles.

Gina: That truffle pizza was so damn good! I might have to switch my order to something with truffle now. Or maybe not, because I really love that Gramigna and you know Stefan will order whatever has truffle. I’d love to try this in our pizza oven, but the kids get so much pasta at school, I try to keep it light for dinner now. Maybe for Saturday or Sunday movie night! I’ll let you know how it goes…

What We’re Talking About – Otterbox Instagram Videos and, well, Snow. 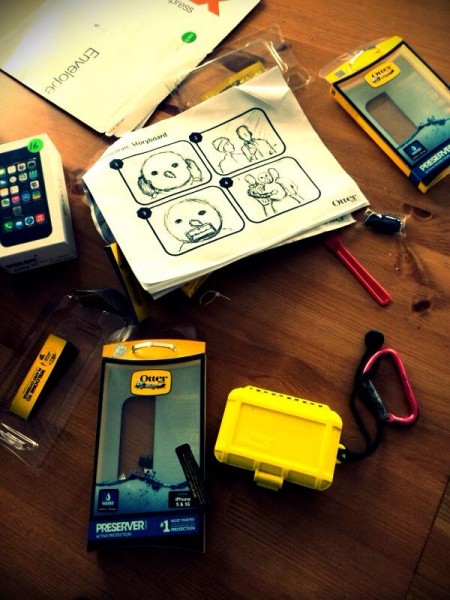 [Oftentimes, as it does when you talk with friends, What We’re Talking About piles up like the, um, huge bank of snow at the end of our driveway…Gina tells a story (or a part of a story) and then Ray jumps in with a connected but different item and Stefan adds something and soon we have thirteen conversations going–none of them complete. This week, Gina’s talk about studios and recording equipment reminded me to tell her that we starred in a commercial!]

I’m overstating, of course, but we did get to spend yesterday’s snow day helping Dan film a few spots for a client of his. It turned out to be quite an adventure, with a production crew heading upstate to Garrison just as icy highways were being shut down and every school upstate (and many businesses) were closed for the day. We live only eight miles away from where the shoot was happening, but I’m a wimp about driving on bad roads and wanted to bail on the whole endeavor. Dan, however, is quite literally, one of the kindest human beings I know and there was no way I could let him down. So, Ray & Noah & I braved the ice and slush and got ourselves to Garrison. We were naturals…or, more specifically, well cast in our roles. We played a family–Dad & kid sledding, Mom inside by the fire staying warm. Noah was in his glory all afternoon–following around the dozen camera and lighting guys, not to mention the director. The guys on the crew really were great. They were young. And hip. And Brooklyn-cool. But they also cared a lot about the quality of their work and you could tell they loved what they were doing. What other reason is there to stand outside holding a camera with your bare hands during a blizzard for eight hours? Noah got to take pictures with the big fancy camera and point a light onto a silvery disk to cast shadows around the set. He made props and drank soda, and decided, on the way home in the car, that he was going to be either an actor or a camera operator or a lighting specialist or a theatre director which of course isn’t a decision at all but is exactly what happens to kindling passion and yet-to-be discovered spirit when kids are put in the middle of art-making. I’m sure that he and Zo will mesh their skills and interests at some point down the road and create a kind of theatre-music-poetry-drumming-pasta making institution. Let’s just hope the headquarters are someplace warm!

Gina: South Pacific maybe? Central America? I have relatives… I had no idea about the shoot! I saw Ray posted something about the cameras, but didn’t understand what it was. I’m glad you decided to brave the cold!  What a great opportunity for Noah (the veteran theatre actor of our group of offspring) to see how an advertisement (of sorts) comes together, the logistics,  all the different people and expertise involved. I thought about him a lot while we were in the recording studio, especially when the percussionists were doing their thing. There’s some film coming his way later this month, so he can check out their skills. I know he would have been on that drum set faster than I can say, baguette, s’il vous plait! When can I see the family’s acting debut?! Were there lines to deliver? How was seeing Dan in action? 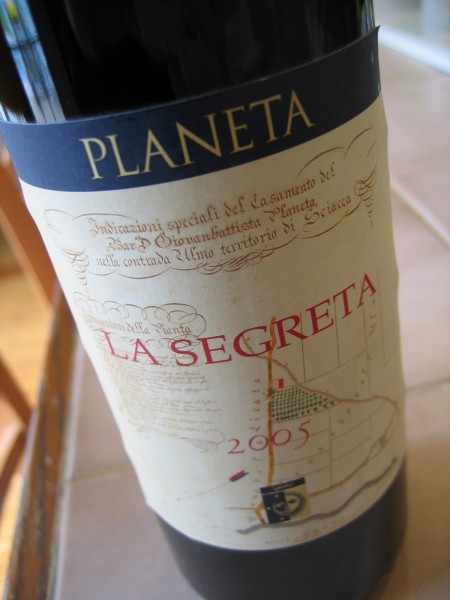 There’s a lot of Stefan in these posts today, but we love him so I’m adding another. This is a wine that he introduced us to a few years back–moderately priced, Italian, delicious. It’s not an easy vintner to find here in the Hudson Valley but a few months ago I stopped into a strip-mall wine store that I’d never been to on my way home from dropping Noah off somewhere or another and discovered they carried one label of the stuff. It was quite a find so I bought a case. Often we open a bottle on Friday nights and send up a toast to our far away friends.

Gina: Cheers to you and Segreta! May we find ourselves together in Sicily soon exploring their vineyards.