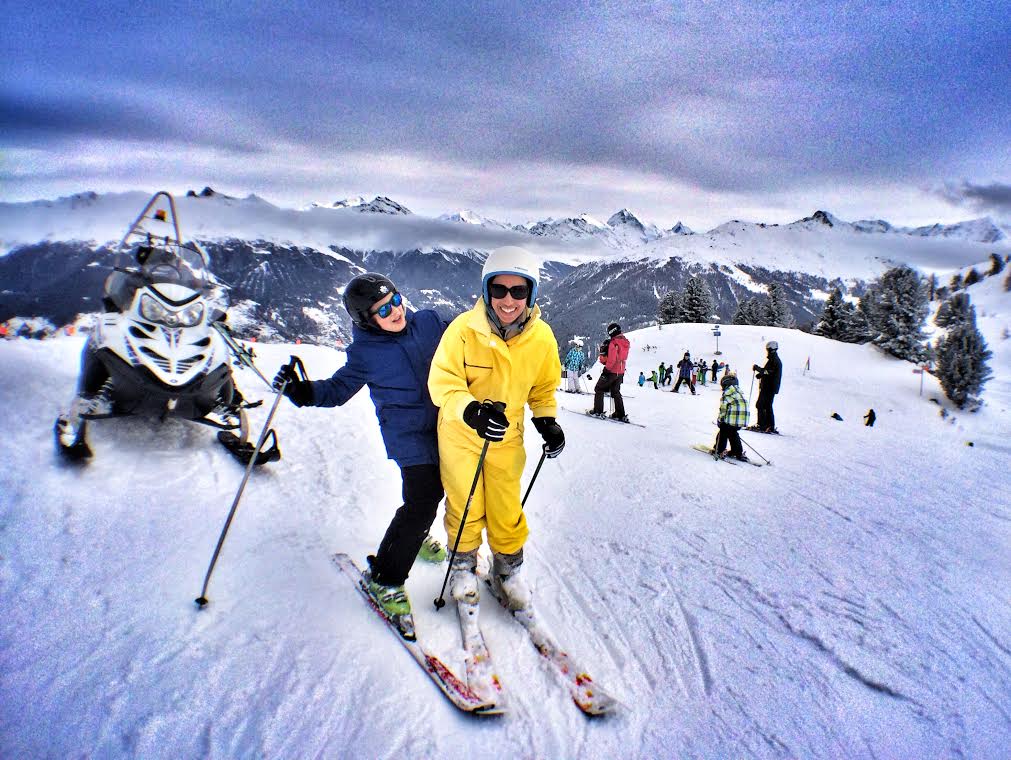 The snow below my skis was choppy and slippery. I clung on to the t-pole that was pulling me up a rather steep and long incline towards the top of the mountain, using all my core, inner thigh, hamstring and calf muscles to stay upright and avoid one of my skis pulling away from the lift and taking my body along with it. All the while, I was thinking to myself, I must be doing this wrong. Other riders looked far too relaxed to be flexing all the muscles that I presently had clenched. Then I saw, way up the hill on a section that looked to me to be almost at a 90-degree angle with the ground, that a little person, who was about 6 or 7 years old, had lost hold of the bar, causing a domino effect, as two of her friends did the same, and tumbled a few feet down before coming to a stop. Their ski instructor jumped off her bar and slid towards the girls. Before the lift had pulled me up to their level, the girls had taken off their heavy skis and were carrying them across their chest along with their poles, digging their large, stiff ski boots into the mountain, trying to maintain their balance as they climbed. After a few more steps, one threw herself on the snow, yelling back to her teacher, “It’s too heavy!” The teacher’s simple reply was: “Pick them up and keep going.” So she did, and eventually they made it to the top. Now, isn’t that what we all want our kids to learn? Hell, isn’t that what we all want to be able to do? Just pick them up and keep going until you make it to where you want to go!

Although I’ve heard enough times that there are life lessons in everything from motorcycle mechanics to surfing to house cleaning, I naively thought we were putting the kids in ski school to learn how to get down a mountain without falling. Instead, much more was served up alongside how to snap on skis, use lifts, turn while zipping downhill, and snow plow to stop. In a nutshell, they learned that they’re much stronger than they thought they were, inside and out. Their powerful muscles kept them vertical while trying out new things, and their mighty will to figure out this skiing thing picked them up every time they fell down. And all of this they had to do without any help from Mom or Dad, because Mom was off with her own class trying to finally make it out of beginner skis, and Dad was whipping around the mountains on his expert skis, exploring the back country with Uncle Seb.

In some ways, I’m sure this was a very welcomed change for our two children because, although I love to read about parents who are purposely hands-off, who provide a wide berth for their kids to try and fail and try again, I’m pitiful at emulating their behavior. I’m sure my kids know that I’m never very far away, and sure, that has its good points, but it’s also probably a little claustrophobic. I’m way too quick to help with tying of a shoe here, spelling of a word there, explaining for the 100th time how something is done, or even, I’m embarrassed to say, doing it for them, occasionally, when my patience has completely run out. But in the case of skiing, my hands and mind were, thankfully, totally busy keeping myself from biting it, so by default the kids got a lot more space to figure out stuff on their own.

It must have been scary for each of them to find themselves at the top of a big hill for the first time, having to follow a bunch of kids down for whom this was known territory. In that moment, they must have had to talk themselves through the nerves, or maybe they just decided to throw themselves into it, and avoid overthinking the task at hand. The method doesn’t really matter, what I hope sticks with them, is that in that moment, they were able to deal with their fears and rely solely on themselves to meet the challenge.

More so than the metal pins given out at the end of the week, their reward was this further understanding that they can count on themselves, as well as their pride in their new abilities, and the knowledge that something that is difficult and sometimes disappointing, can also bring a great deal of happiness. They also have ownership over what they’ve learned in a way that’s very different from when it’s spoon-fed to them. They figured it out themselves. She jumped over that small ramp. He went down that powdery red run. As a result, they went back to school on Monday walking a little taller, a bit more confident in themselves than before.

Ah, the things that are learned outside of formal schooling… And of course, the biggest lesson, might be the one learned by mom. Back off lady. 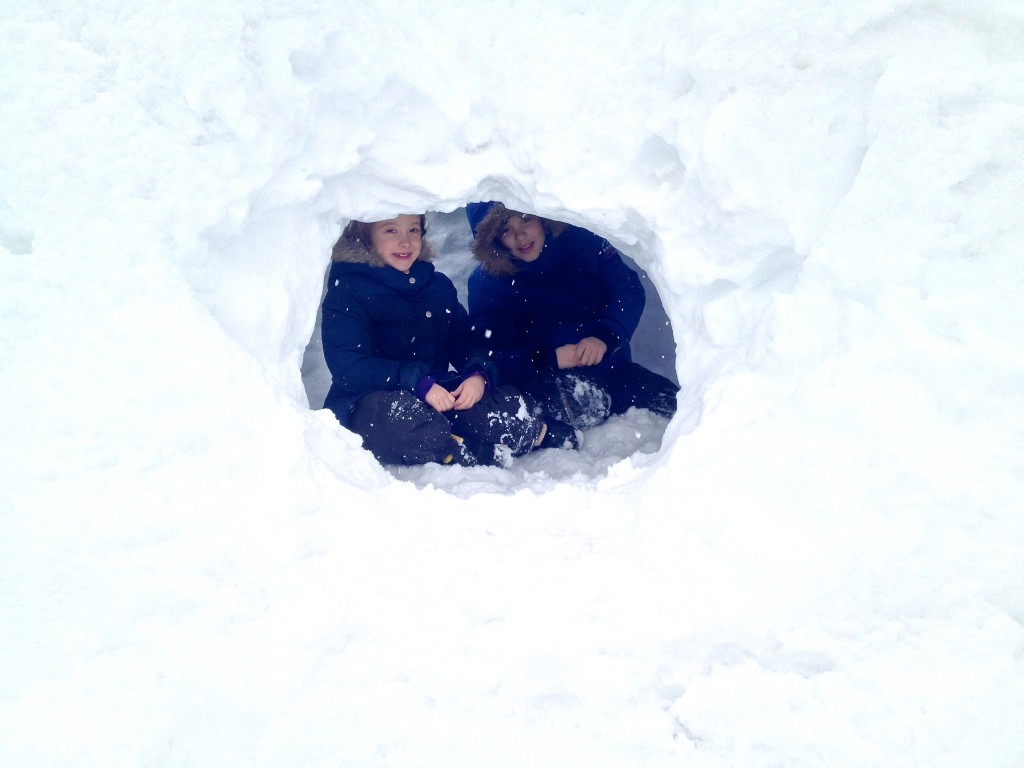