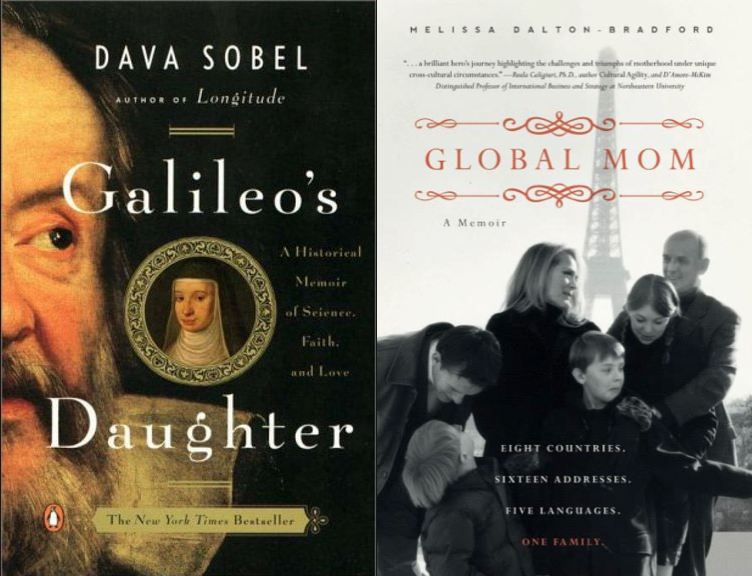 My book-loving son just finished the 1011 pages of the 3 Lord of Rings books and has his momma feeling like a bit of a slacker on the reading front. Granted, he doesn’t have the same responsibilities (and worries… oh, the time those take!), but still, for months, I’ve been sitting on 500 pages of Galileo’s Daughter, a historical memoir by Dava Sobel, based on the letters the daughter, a nun named Suor Maria Celeste, sent her father from the convent. I hear you laughing. Yes, it could be my choice of reading material that’s slowing me down, but believe it or not, some of it is interesting, mainly because their story takes place right around where we’re living, and because the father/daughter relationship goes a long way in giving some dimension to the “father of modern science”, and of course, Galileo has some pretty swell ideas. But even so, after a few weeks of trudging through conniving cardinals, powerful ruling families, struggling artists, cloistered women and sponsored scientists, I had to take a little break, and moved over to lighter fare, a book called, Global Mom, by Melissa Dalton-Bradford. It was supposed to be my guilty pleasure read, and for a while there, it was. I was intrigued by this American mom’s recounting of her family’s adventures living in 8 countries over the course of 20 years, even if it also felt rather self-indulgent to be reading about a well-off clan’s definitively first world problems (settling in and growing accustomed to world capital after world capital) while sitting on my privileged perch as an ex-pat mom settling in and growing accustomed to my European city. I justified the read to myself thinking, hey, it’s better than reading gawker all night or watching mindless TV, right? She also has some very witty anecdotes and useful information to share with a neophyte like myself! But then, at a point when they are in Paris, a city I know relatively well, I turned the page and the most unexpected and devastating thing happens to this family. I forced myself to read on as my anxiety level soared, but then had to put it down to keep my heart from exploding. A week or so later, I picked it up again, feeling I had to know how the family’s story continued. Now, I’m happily back with Galileo and Maria Celeste, and the very even rhythm of their story. I may make it through this time, but just in case, please tell me what some of your favorites are – profound, fluffy, literary, witty, whatever!