I’m tired of spending so much time indoors! In anticipation of some warmer weather, I’m looking into nearby cities that would be easy to explore for the day or a quick overnight trip. Two intriguing options that are very close to us are Ravenna and Ferrara. 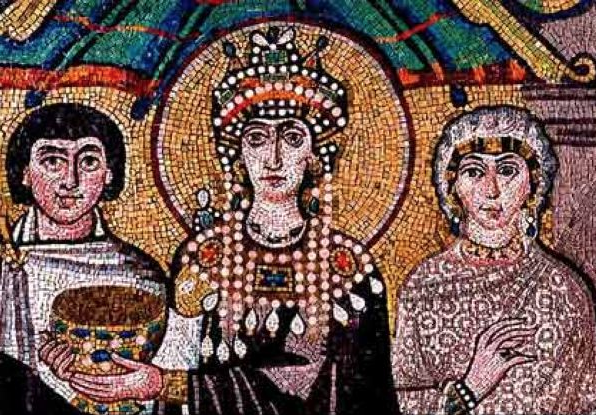 Ravenna lies to the East of Bologna, and is connected to Adriatic Sea through a canal. It may have been founded by the Etruscans, and later became part of the Roman Empire. It was the capital of the Western Roman Empire from 402 until its collapse in 476. After that, it was passed around from Ostrogoths to the Byzantine Empire to the Kingdom of the Lombards, and through many other hands, including those of the Papal States, before it joined the Kingdom of Italy in 1861. One of the benefits of all that cross-cultural sharing is that today, it boasts 8 UNESCO world heritage sites. It’s also well known for its detailed mosaics that Dante described as a symphony of color in his Divine Comedy. We could explore how this art form has evolved at MAR (Museo d’Arte della citta di Ravenna), which houses an impressive collection of modern and contemporary mosaics. The other big draw for me is the chance to sit by the sea with a glass of wine for lunch. The smell of salt air and the sight of kids playing in sand would be a lovely way to transition into this sunnier season! 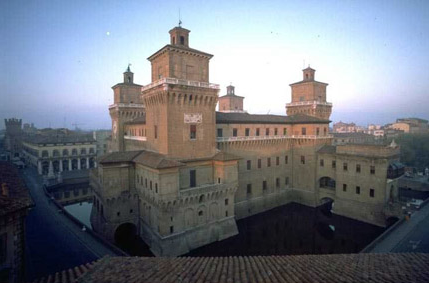 Ferrara is also close by, just to the Northeast of us. I’ve read that it has side-by-side medieval and Renaissance quarters within its center, all of which is surround by a crumbling and massive wall, on which, like in Lucca, you can walk and bike ride. One writer called it “perfectly preserved” and claims it’s a more interesting experience than Florence, because you get all the history and beauty without the busloads of tourists. There is a medieval castle, Castello Estense, with a surrounding moat right in the center too, along with various other palaces and beautiful churches. Zoel, who spent some time reading about Italian Renaissance history this Fall, discovered that Lucrezia of the infamous Borgia family is entombed there, so he’s already put in his vote for Ferrara as our next destination. Another fantastic reason to make this our next stop is that they appear to be masters of enogastronomia or “the culture of good cuisine associated with the knowledge of wines and the proper combination of these with food.” That could beat out the Sea!