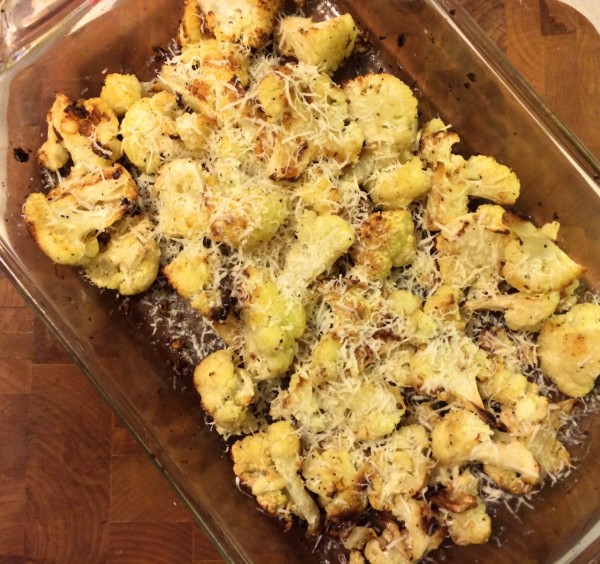 We’re still roasting veggies Here in the northeastern United States. After enjoying two days of above-40-degree temperatures a(nother) cold front moved in and dusted the roads with snow and made sure that the high today didn’t top 22°(F). So, instead of salads, we’re still eating warm, comforting foods for supper. Tonight I’ll roast a head of cauliflower in the oven. It’s become one of our favorite side dishes–alongside, at this meal, cod and sautéed kale–because when you cook it long enough the cauliflower begins to caramelize and takes on this succulent, satisfying, ridiculously delicious flavor. I think you, Gina, taught me to grate some hard cheese on top and tonight I happened to have (duh) some parmesan to do just that.

Ray wants a white wine tonight–to go with the fish–so we’ll open a white Bordeaux and I’ll have a few sips before I head to zzzzzz……..

Gina: Looks delicious! Roasted cauliflower is one of my faves too with lots o’ cheese! Buon appetito! 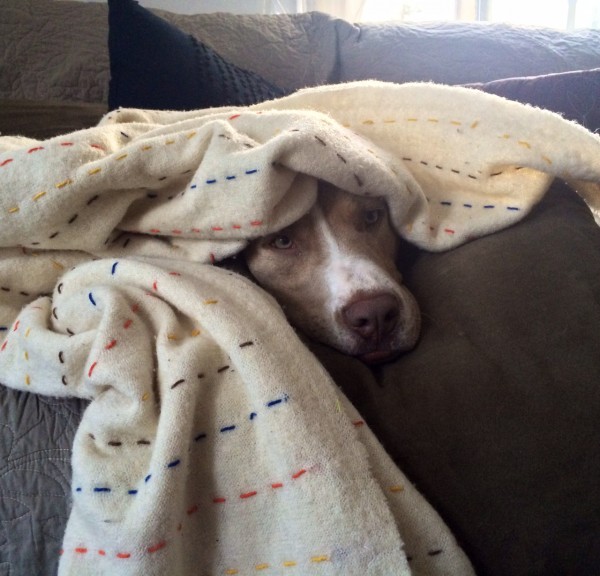 A few weeks ago Gina mentioned her need to just listen during a Friday Night Dinner and tonight it’s my turn. This cold I’m fighting is still hanging on with a vengeance so I don’t have much to offer in terms of sparkling conversation, BUT I still need (more than ever need) to sit with my friends. I might drink more tea than wine tonight. I might wrap myself in an quilt with the dog. But I’ll listen real good and offer my thoughts and maybe also mention that Noah’s big Destination Imagination tournament is on Saturday and I’m nervous for him (though he thinks their team has it in the bag). I’ll probably queue Ray up to talk about the big second interview he had for a corporate job in the city on Wednesday. And I’ll mention that Luca had the chance to try out for a part in the Hudson Valley Shakespeare Festival’s production of the Two Men From Verona this week but, alas, he isn’t a good enough listener. (Actually, he is a very good listener, he’s just reductive about which directions he decides to follow.) At any rate, it’s been a slow news week here (because I’ve spent most of the week on the sofa) but I’m hoping that next week will bring lots of sunshine and good health!

Gina: I love Noah’s boundless confidence! He always goes in to win, yet with kindness. What a lovely trait. In bocca al lupo Noah! Spero che tu sia il vincitore di domani! (I figure I’ll get him working on some Italian in the hopes of a summer visit.)  As is often the case with Friday Nights, we’re in sync with who’s feeling like the listener and who the talker. I’d definitely want to talk more about the possibility of learning new habits as you get older (see the left column), about Stefan going back to the studio for some more work on his music, about this end of elementary school exhibition project that Zoel has started working on, about how little by little more of my life happens in Italian and how that surprises me every day, about the kids starting to write weekly book summaries in Italian and my wonder at that too,  and of course, about books, and words, and writing in general. I’m very intrigued by this second interview that Ray is having and will call this weekend to learn more (Some how this feels like cheating on the 5 people who are reading this. My apologies foks. I’m sure if it gets interesting it will end up here…or there!) Another in bocca al lupo to Raimondo! Mi manchi, tesoro! x