What to do in Bologna during the coming week? 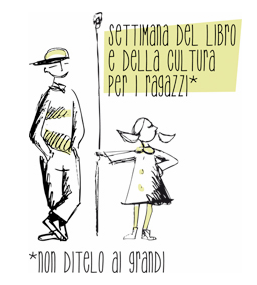 It looks like I’ve missed the majority of the “Settimana del Libro e della Cultura per I Ragazzi” (The Week of the Book and Culture for Children), but if I can organize my schedule today, I’d love to check out the Illustrators Exhibition at pavilion 33 of the Fiera of Bologna (libreria internazionale nel padiglione 33 di Non ditelo ai grandi) where 100 classic and brand new children’s books’ illustrations are on display. In case I can’t get it together, a few festival-related events around the city will be running into April. They’re listed here.

We’re still in time to catch the start of another citywide event that starts on Friday, La Scienza in Piazza 2014, Food Immersion! It’s an annual festival when Science takes over Bologna’s central piazzas and those of a few neighboring towns. This year, the organizers have cooked up 17 days of exhibits, workshops, and kids’ labs centered around…what a surprise…food! Specifically, all the events will connect the audience to the science of food. The line-up of happenings for kids looks interesting, but of course, they’ll be in Italian. Although hour-long lectures about food-related science might be a hard sell in this family, I may be able to get them to motivate for one in particular called “Ciocco Science“, chocolate science! I love that even the Museo Civico Archeologico (The Archaeological Museum) is in on the festival with a degustazioni (tasting presentation) tying food to the science of philosophy. “The meeting will conclude with a cocktail cured by the “chef of history” Claudio Cavallotti, who will offer the public tasty, but philologically rigorous, recipes from Greece and Magna Grecia handed down from ancient sources.” When would I get another chance to taste philologically rigorous recipes?!!

I’m most looking forward to this one, the Future Film Festival, the International Festival of Cinema Animation and New Technologies, which starts next Tuesday. Their program for the week includes short films and features in diverse styles – stop motion, 2D and 3D animation, even old school hand drawn films! – created by artists from several different countries. They also have labs for kids, including one workshop with well known animator, Stefano Bessoni, who will show the children how to create and animate fantastic creatures in clay.