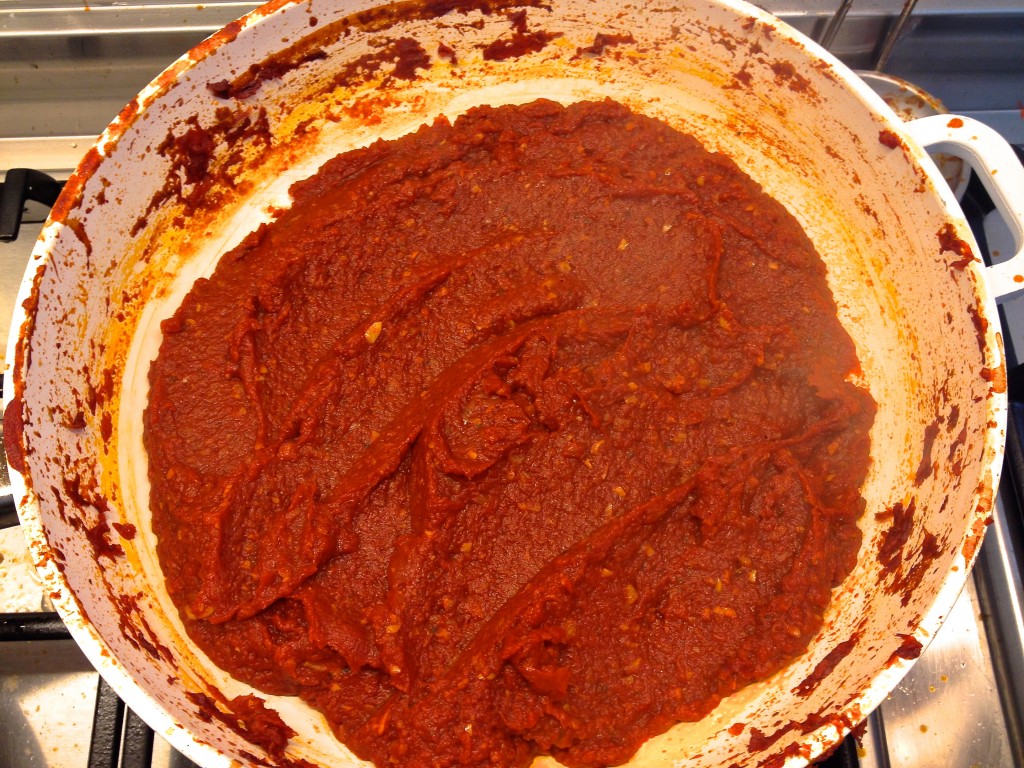 As I begin this post, I have to tell you that for the first time in 18 years, Stefan has left me in charge of making his much lauded arrabbiata sauce (spicy tomato sauce) for tonight’s dinner. We’re having a family from school over, and since he has some errands to run and tennis to do with the kids, I’ve been left here by the stove. I literally won’t move more than 5 feet from the stovetop for fear of burning the sauce, and forever being branded as not responsible enough to be left alone with pureed tomatoes, not to mention ruining dinner for everyone. Talk about a test!

But the conversation Christine has in mind for today is about an altogether different kind of test. (One sec…I must stir the sauce!) I hear that Noah and his schoolmates are enduring Statewide standardized testing this week, and I know that Christine has a few thoughts to share on the matter. When faced with the question of what kind of experience we’re having with testing over here, I realized that I don’t have much to say. We don’t really have tests in our regular curriculum. There is an international schools’ test that Zoel’s 5th grade took this year, but from what I understood, it involved writing several essays as well as answering other types of questions, so it was standard in that kids around the world have to answer the same questions, but no sheets of ovals were to be found. However, we opted out of it anyway because we weren’t going to be in town. It wasn’t a big deal. The principal didn’t get involved in the decision. (Ahhhhhh!  I forgot to stir!) And Zoel’s teacher was the first to note, emphatically, that we should not change our plans for the test.

So, how do I feel about testing? Awesome! Nobody here misses them – standardized or otherwise. The kids do assessments with their teachers periodically to gauge how their doing, but this information is only used internally to adjust the teaching if needed. (Sauce!) Leeloo does have a spelling quiz once a week, but it’s for 5 words so I barely consider it a test. And what’s the effect of this lack of testing? Not much from what I can see. They appear to be learning anyway. (Sauce! The smell of garlic, tomatoes and spices has now permeated the kitchen and it’s hard to think, except about stirring, which I guess is good for forgetful me and the sauce.) Once again, I don’t mean to say that our school’s curriculum or methods are perfect, because they aren’t, and I don’t think any school system can be. I’m just saying that tests do not seem to be the… (Wow! You get too deep into a thought and that sauce just wants to stick right down on the pan.) Tests don’t seem to be the key, ahem… ingredient, or even a very necessary element in gaining knowledge, at least not in these primary school years.

As far as I can see, the only solid purpose of a standardized test may be to prepare you to sit through the mother of all standardized tests, the SATs, but I don’t see why you would need to start practicing in third grade, beginning in freshmen year of high school would seem like enough preparation. (I think I’m almost there with this sauce. The color is almost crimson, the smell is sweet, garlicky, and peppery, and the consistency is that of a spreadable paste instead of a liquid. But now if I stop stirring for even a second, it’ll burn…) I suppose that the other meaningful use of the test is to gauge how a school, its teachers and its administration are doing, but of course, it can’t give you the whole picture, maybe only wave a flag to signal when a closer inspection is needed. And that hardly seems to be a good reason why our children would have to cram and prep the way they do. I’m pretty thrilled that we didn’t lose a month of teaching time to getting ready for the tests as I’ve experienced in the past. Here, we’ve probably lost a month of pure class time to many other things like performances, assemblies and presentations, but I’ll happily take this option. (Yes people! I think this sauce is done! Looks good… I can’t wait to hear what the chef has to say about my sauce!) As I’ve just seen in making this delicious arrabbiata, the learning was in the act of doing it. What are kids doing, hence learning, when they prepare and take these tests? After a few years of being part of the system and reading so many articles about them, I still haven’t heard a good answer.