So… last we spoke (here), I was having a lovely bike ride with the kiddies. As we got closer to Casalecchio, my mind turned to all that had to be done on a Sunday evening in order to be ready for school the next day – homework, baths, dinner, a decent bedtime. In my head, I was  already at home figuring out how this was all going to get done in the next few hours, so you can imagine my surprise when we reached our car, and the bike rack was still there, but now it was wrapped in meters and meters of police tape. Before I could fully process the sight, I saw a policeman less than half a block away, and called out to him to see what the deal was. Mistake # 1. He moseyed on back to me, and after asking me if this was my “macchina”, promptly asked me for my license. He followed this request with a peculiar “Give it to me and then I’ll give you all the information about what’s going on.” That should of tipped me off that something not so good was about to happen, but being a law-abiding kinda gal, and thinking like an American that it’s pretty normal for a cop to pull you over and ask for your license before anything else, I complied. Mistake #2. What then ensued was an almost 3-hour(!) demonstration of the incredibly circuitous and grossly inefficient ways for which Italians are infamously known. 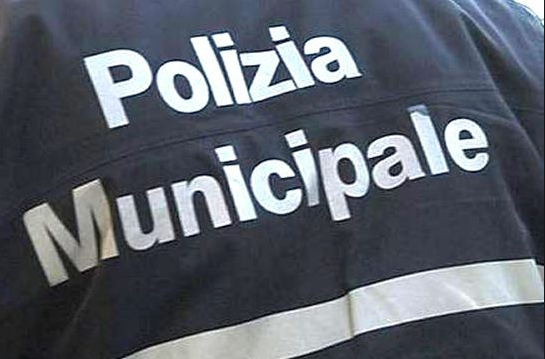 At 4:30pm on a Sunday (who would have thought they even worked on Sunday !), I found myself encircled by not one, not two, but three municipal police officers. During the first 45 minutes, I learned that:

1. you cannot have a bike rack on a car without a reflecting red and white-striped rectangular plate that you buy at big box hardware stores,
2. you’re in big trouble if you’re driving without a translation of your license or an international drivers license (and aren’t a tourist), and
3. that this is especially true if you are driving with an expired New York license, even if it has just expired and you didn’t realize it.

With this new knowledge, I was then expected to abandon my car and bicycles, give my expired license to the cops and figure out a way to get my offspring home before sundown. At the time, that seemed like a really bad idea, all of it, so I started arguing my case in Italian until they decided that they would allow me to drive home, escorted by them of course, because after all, there were 2 kids involved in this sad story. In retrospect, monosyllabic answers in English, and the pain of recovering my bikes and car at a later time, might have been a better choice.

As they made their way back into their huge police van, I removed the police tape alone, and strapped the bikes back on to the car. The children, sensing that it was better not to speak to me, we’re off playing on a patch of grass without a care in the world. I contemplated making a run for it, but figured that the 3-point turn I needed to make to get out of this tight parking lot with a pertruding bike rack might foil my plan, so I carefully maneuvered out of the spot as the police van waited behind me. No pressure. We slowly made our way back as I prayed out loud that the damn rack didn’t choose this very moment to fall off and spill bikes in front of the heartless police. Luckily, we made it through town without any problems. I took the climb up our bumpy dirt road even slower than I had on the way down, and eventually we arrived at home.

As we pulled up to the house, I started to realize that my and my family’s situation was very likely being sized up right now. “Che bellloooo!” (How beautiful!) exclaimed the first one out of the van. “Aren’t you lucky people?” Uh-oh. These three shining examples of Casalecchio’s finest found themselves atop a hillside, on a summer-like day, blue skies overhead, freshly planted fields, and the catch of the day trapped in their net. Aaahhhhh… you could practically see the glee in their eyes. And so, they settled in. The van door opened wide, revealing 2 comfy chairs and a table. They pulled out their fining papers, stretched out and went to “work”. 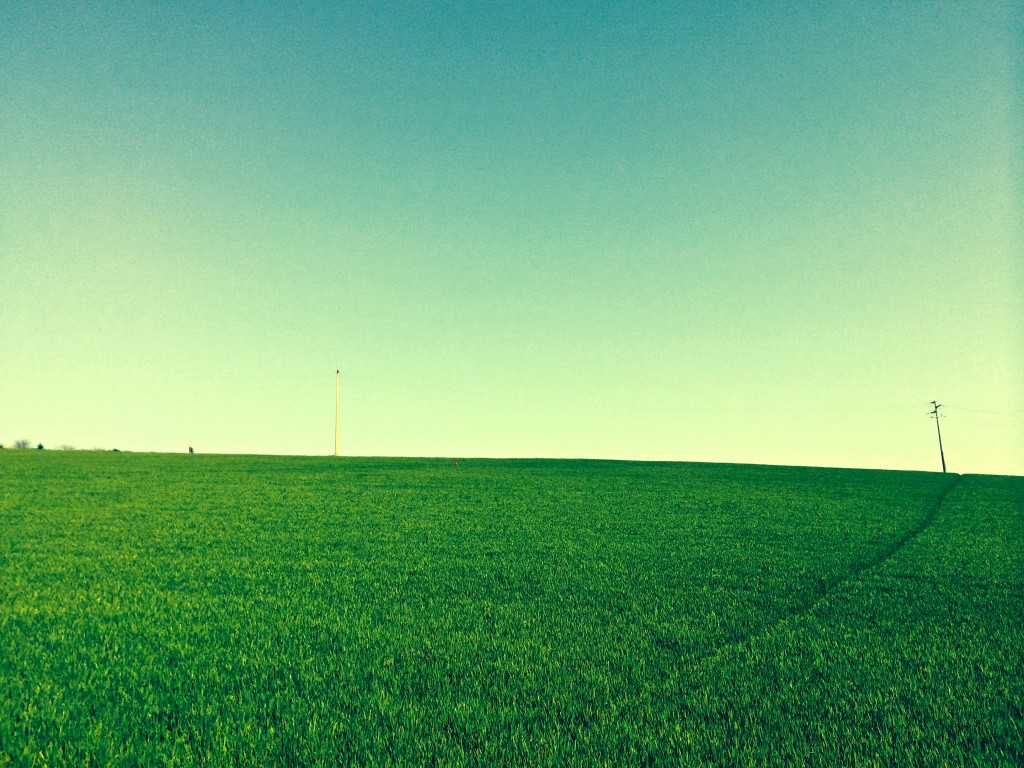 While the kids went inside to tackle homework, hopefully without killing each other, the gregarious one started up a conversation with me next to the van about wine-making, explaining that the wine of this vineyard was pretty decent, not top of the line mind you, but a very good medium-grade wine. Thinking that perhaps if I humored him, he would be nicer to me, I followed along, even asked questions (I’m an idiot.) But then the conversation started taking some odd turns. First, he asked if I have  residency papers, somewhat alarming since mine are still pending, but after some vague answers from me, he then circled over to “So, how does your husband make a living?” Although I was appalled at the assumption that he, and not I, make the living, I continued to be polite. I started to realize  that this man was clearly fishing for information that could get me in more trouble. He then tries out “What do you think of Obama?” I’m not talking politics with you, sir, I think to myself. And then he starts explaining how the American banking industry is responsible in great part for the Italian economic crisis! What?! Does he really think I’m having this conversation with him?

Finally, they seemed to be finishing their paperwork, and wrapping up. But beforehand, with totally straight faces, they offered me bus information, so that I could figure out how to get to Bologna with my children, for school in the morning. “I think it might be the  number 94 bus.” “No, I think it’s the 83.” “Si, si, but then she’ll have to change to the 20, and then maybe the 33.” They went on debating for a while like this, enjoying each other’s company and the cool air as the sun set. Three hours and three hefty fines later, the three amigos at long last pulled out of the drive, probably heading directly to a bar to celebrate their fine outing. I headed inside directly towards one of my medium-grade bottles of the vineyard’s red wine, knowing it was going to be a very, very, long week.