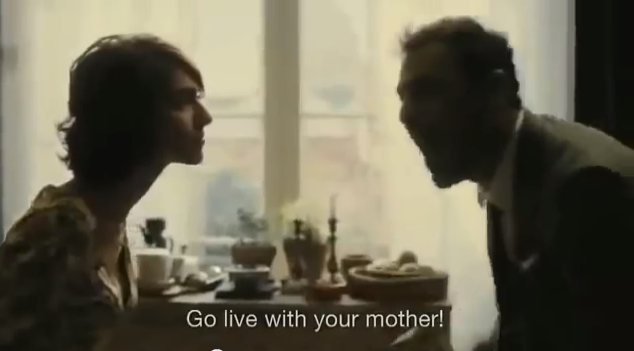 You might have heard that Italians have an impassioned way of speaking and arguing. Actually, I just saw this Italian stereotype used to sell ice cream on the U.S.’s HuluPlus.  A fight erupts over groceries between a couple – she in her Sofia Loren ‘do, red lipstick and low cut, full-skirt dress, and he, in his dark tailored suit, crisp white and unbuttoned shirt, and dark close- cropped hair. They yell in Italian (subtitled in English) in a dimly lit kitchen, she pouts, he comes dangerously close, they spot the gelato, all is better as they share the ice cream between pouts and whispers. I also get how this Italians-argue-about-anything stereotype could grate on Italians the way the hot-blooded (“caliente” if you will) Latina stereotype irritates me. Since moving, I’ve only witnessed a few of these heated exchanges over a meaningless thing, one between drivers on the road, another between a couple on the street, and one directed at me by a ballet mom (after Leeloo hid another child’s sneakers). There is another aspect of Italian speech that’s much more telling about the culture and that’s on display much more regularly – just about every time I speak to an Italian. It is the ubiquitous “issimo” or “issima”, a word ending tacked on to just about every adjective, that very effectively and dramatically elevates the thing being described to a whole other level.

For example, when asked how an appointment went, it’s not “bene” (good or right), it’s almost always “benissimo!”. After a performance, the child is not “brava” (good), she is “bravissima!” And your outfit is not “bello” (beautiful), it is “bellisimo!” I have to admit, the issimo can really lift your spirits, after all, the speaker feels so positive about the subject that she’s willing to add a few syllables to her words, and toss them up into the air with a smile. I was truly floored when I got my first “bravississima!”. Look at all those s’s and all those extra syllables. It’s hard not to feel honored, right? Based on who uses it, I get the idea that this level of exaggeration is the domain of the younger, hipper set, trying to one up the older generation, and keeping the dramatic nature of Italian alive and well for the future.

But this “issimo” can be used for evil as well as good, as I learned recently when I went to a routine ultrasound check of one of my organs. Firstly, it was odd that the specialist himself was also the ultrasound technician. In the U.S., the separation of radiology from the actual doctors, seems akin to the theoretical separation between church and state. You go to a special department for your sonograms and speak to a nameless, mute technician, who, for fear of being sued for incorrect diagnosis (I assume) barely looks at you, let alone says anything, even when you ask direct questions. Here, on the contrary, I’ve visited two different specialists who march you over to their own ultrasound machine and launch into detailed  conversations as they bounce sound waves against your body parts, sometimes sharing more information than you really wanted to know. This is where the “issimo” can take a nasty turn. One particularly gregarious and, perhaps somewhat callous, doctor launched into a monologue about all the things that could go wrong with a particular condition. He didn’t talk about it being “brutto” (ugly), while probing, he expounded on all the ways it could become “bruttissimo!” Oh no, not what you want to hear as someone is examining you! (By the way, I’m fine. He just felt that this was the appropriate moment to show me how knowledgeable he was about his field.) He went on about how it can cause you to become not stanca (tired), but “stanchisima!”, how it can become not pericoloso (dangerous), but “pericolosissimo!”.  Okay, that’s enough. Stop speaking. Time to go.

Luckily, the “issimo” is generally unleashed for the good, and not the dark side. But in moments like the one above, my Latin American upbringing (talk about over-the-top expression!) and the Spanish language itself, give me enough context and perspective to see  all these “issimos” for what they actually are. A little flair, a little drama to add intrigue and fun to the mundane stuff that life throws at us adults every day, all day long. So no hard feelings Italianos. Va  benississimo! 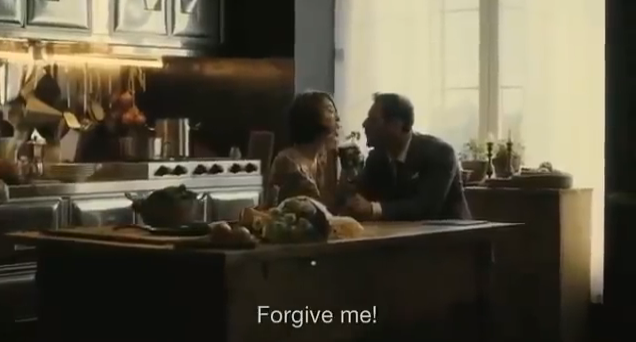