One of the main selling points that Stefan used in pitching his moving-to-Europe idea, was that once we settled on a base, we could easily travel around to other countries, introducing the kids to places we love and discovering new lands. Our Spring Break road trip last week gave us the opportunity to do a little bit of both. Our main destination, San Sebastian, Spain,(or Donostia in Basque, which is as prominent as Spanish since it’s one of the capitals of the autonomous community called the Basque Country) was new to all of us, and it ended up having something for everyone’s tastes – beaches and sunshine for me, an established food scene for Stefan, and a charming, if somewhat rickety, amusement park for the kids, all situated in a naturally and architecturally beautiful place. 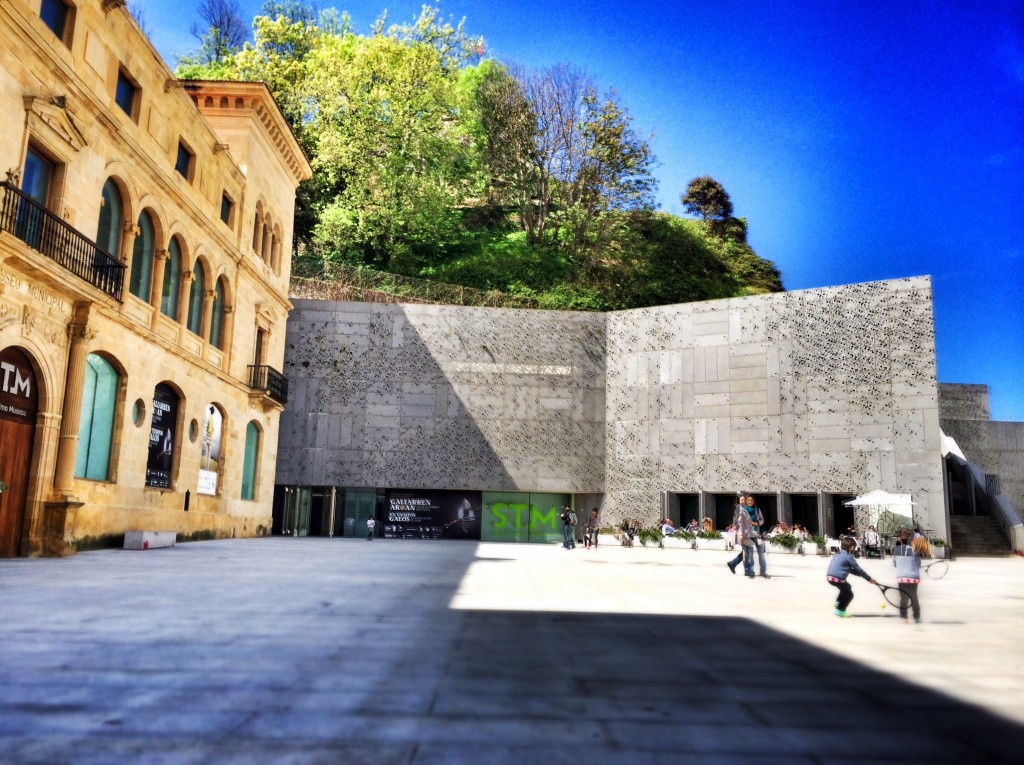 As a multicultural person, or more specifically a Cuban-American raised in Philly, married to a Frenchman, who’s lived in Spain and Italy, every trip to a new city automatically triggers a somewhat subconscious search for connection with its people, culture, and language. This eternal quest, which really filters down to trying to find the place in which you fit best in this big ol’ world, may or may not call to all exiles and immigrants and their children, but it definitely speaks to me. Do I look more like these people than the ones I grew up with? Do they speak my language? Do we think alike? Do they feel like family? Do they get me? Do I feel that undefinable, chemical-level connection with them? My intellect tells me that you can never have all of this with any one people, only with individuals, and at this point, I also know that I belong to an international tribe more than to any one nation, although I can feel fiercely American or Cuban, or even Latin American at times. But none of this stops my heart from trying to find a physical homeland, and envying just a bit those who were born into a people with a place of their own, that they love and feel is uniquely theirs.

In this endeavor, San Sebastian gave me a lot to mull over, but although my grandfather and most of my great grandparents were born in Spain, and Spanish is my family’s primary language, the international tribe member in me connected more with this city than any other part. It’s a wonderfully functional European city that, because of its status as a premier tourist beach destination for over 100 years, seems to be very culturally diverse, even if its resident population is mostly Spanish and Basque. It also has a vibrant art scene, beautiful historical areas, and as I mentioned above, a world class foodie culture. 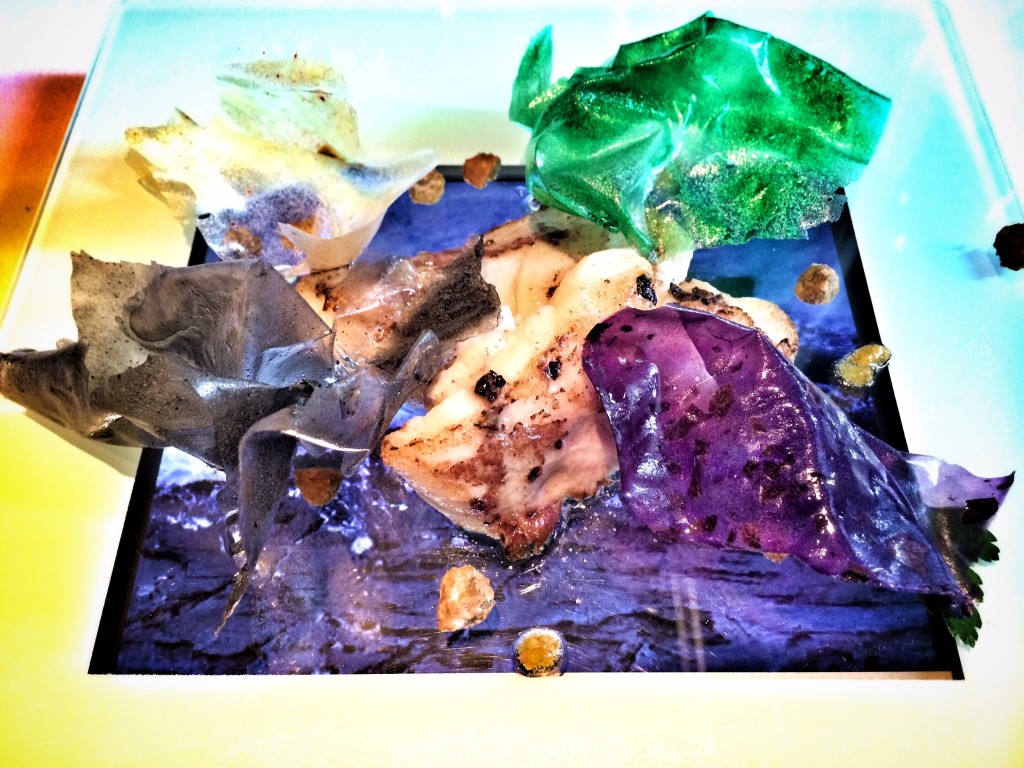 Located at the northeastern tip of Spain, just 12 miles from the French border, the natural landscape of the city, is dominated by rather dramatic hills and cliffs that face the Atlantic Ocean. The urban plan, architecture and landscaping of the town of just under 200,000 people, is striking in every neighborhood. The superb condition and upkeep of everything is shocking, maybe especially for us who live in an historical, but very poorly maintained city (Bologna.) The architecture of the city changes from building to building, a Paris-inspired Haussmann style structure sits between a baroque Spanish church and mid-century modern offices, German-like half-timbered apartments, are squeezed between 80s contemporary housing and a new brick and stone beach house. 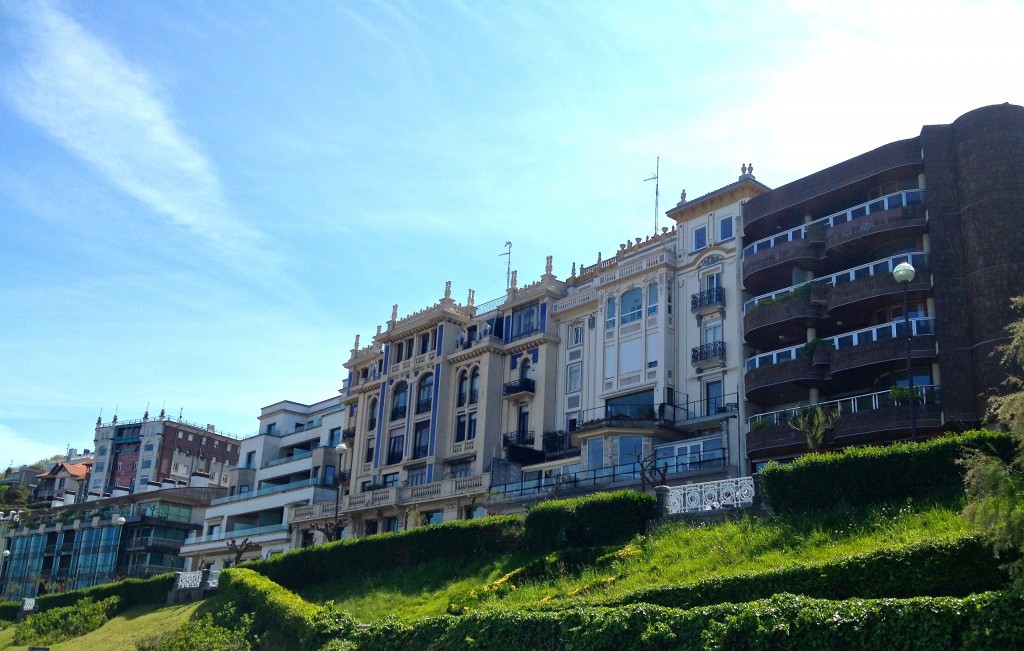 My Cuban side was tickled to be able to use Spanish instead of Italian as the main mode of communication, not because I dislike speaking Italian in any way, only because Spanish requires so much less effort. I’m noticing that listening and speaking in, day in and day out, a language that I’m just learning, requires an amount of energy that I don’t really realize until I don’t have to do it, then something in my brain relaxes and says aaahhhhhh! Although it’s not like the Spanish of Northern Spain, sometimes tinged with a Basque accent, is always easy to decipher with my Cuban ears, just as my rounded syllables and sing-songy Spanish sometimes leaves Spaniards looking confused. 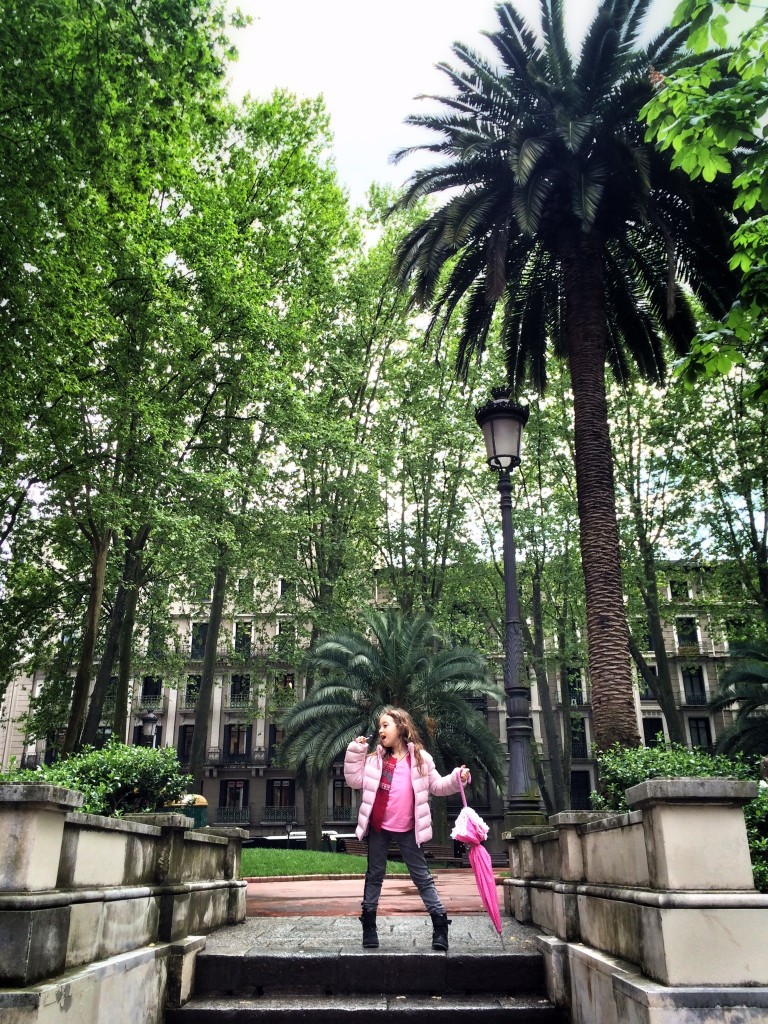 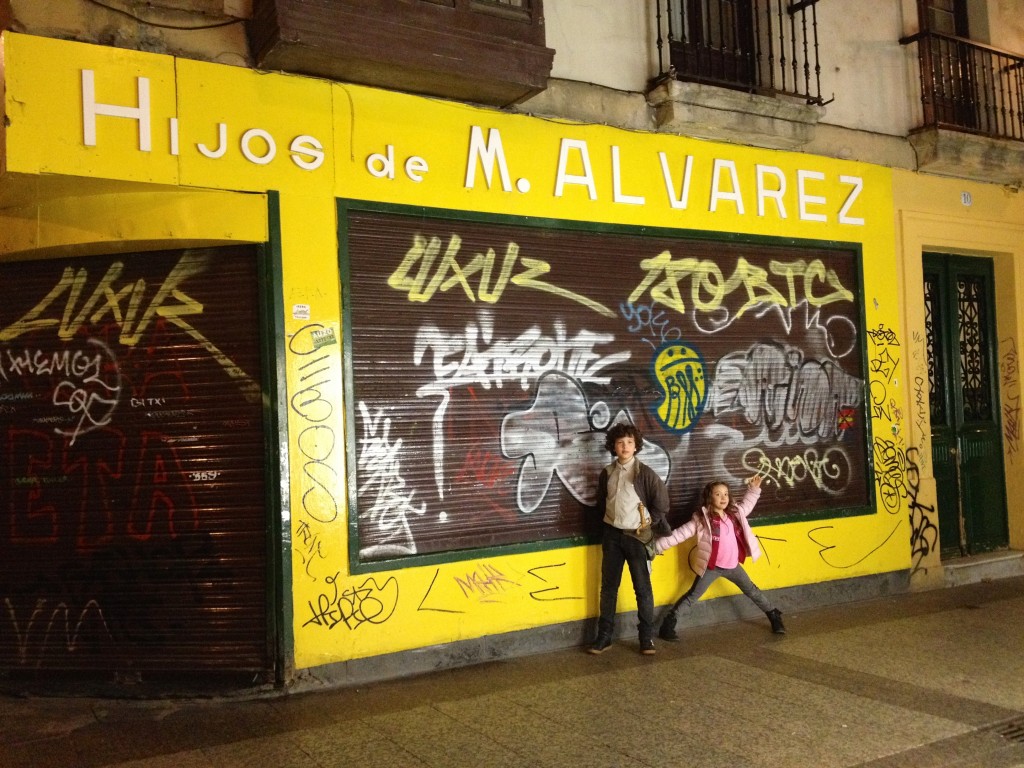 Likewise, the angular tanned faces and wide smiles of many residents reminded me of my “gente”. The palm trees in every shape and size, and the Spanish colonial architecture made it seem like so many Caribbean nations, and my name (Alvarez) on just about everything from buses to buildings also hinted of being at home. The kids noticed a level of kindness and warmth in the way people spoke to them that I thought was a great observation too. Zoel remarked that he may just feel that way because everyone reminded him of Nana and Abuelo (my parents), but I think they were on to something. Despite their reputation for being cold in the North of Spain, we found a wonderfully welcoming beach community in San Sebastian, and I’m sure the wind will blow us back there again some day. 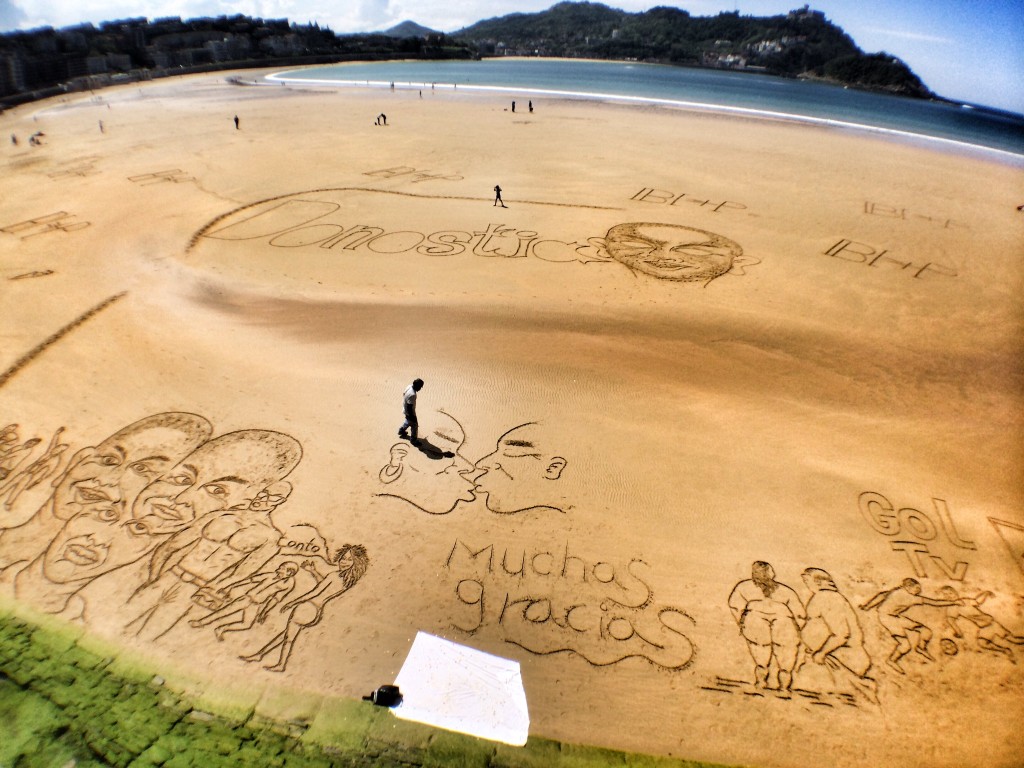