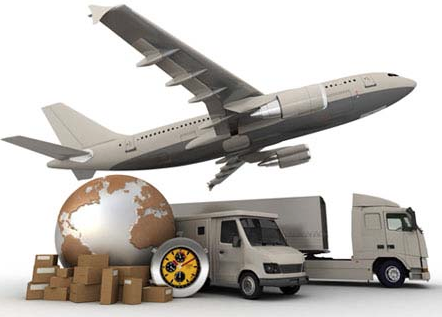 Many of you have already heard about my encounter with the polizia last month. Oh no, well, you can read about it here, and then come back if you like. Aside from taking away hours of my life, they also took my expired driver’s license, so consequently, I had to gear up to order a new one from the infamously bureaucratic New York DMV.

I was dreading the call and having to explain my predicament to a witless rep sitting somewhere in Brooklyn or upstate New York, who probably wouldn’t care about my troubles, and would  have no idea what to do with my case. But I was pleasantly surprised when I did get that witless rep, but he quickly figured out he couldn’t help, and expeditiously passed me on to a supervisor. After listening to my saga, she promptly listed out the zillion forms (okay, I’m exaggerating a little but go with me) that I needed to fill out and the process I needed to follow. In the past, I would have probably found the endless directions irksome, but not now. I was so impressed by how she knew exactly which documents we’re needed by their form number (MV 619, MV 44…) and by their proper name. Off the top of her head, she knew exactly how many kinds of identification I would need to send, and how many points each was worth. She had the correct mailing address ready, and gave me helpful hints for how to deal with the fact that the ophthalmologist doing my vision test wasn’t American and therefore didn’t have a U.S. license ID number. And then, she told me not to forget to include a prepaid express envelope in the package so that I would get my new license as quickly as possible. So organized! So precise! And all of this in under 10 minutes! I almost cried.

Feeling newly confident that I might be able to drive again not next year, but in a month or so, I got all my papers together, found an ophthalmologist with a U.S. license number (Thank you Antonio and Jas!) and located an express mail office. I ran right over to that Mailboxes, Etc… with my thick file of forms, copies, renewal checks and mailing addresses.  (I have yet to come across any shipping company-owned offices in Bologna or Casalecchio. There aren’t UPS, FEDEX or DHL offices on every corner like in other cities.) A tall pretty man-boy with a French sailor tee on, happily greeted me, “Salve! Bisogno?” (Hello! Can I help you?) You sure can, I answered and then…. at this point in the story you should hear the teeth-numbing sound of a 12″ record being abruptly scratched from end to end, slowly. My request to express mail my documents to New York and include a prepaid envelope were met with the ubiquitous “Non è possible.” (It’s not possible.)

It’s not that sending express mail was impossible, it’s that he had never heard of the idea of sending a prepaid express envelope, so it was not possible, case closed. He looked at me grimly, sticking out his lower lip and raising his eyebrows, pity in his eyes. How can it be that no one has ever asked for a prepaid envelope from this guy?! In a Mailboxes, Etc…! Another 20-something came over, he seemed to be in charge of this fine establishment, so I tried out my story on him. Same blank stare. There was no way I was leaving without sending out the package, so I started to deconstruct my request to them, and finally they came around. I explained that I had done this dozens of times via UPS, FEDEX and DHL, and that there was no way that they didn’t have the capability to do it too. There were protests, including my favorite exchange: “But how are you going to get one envelope inside the other?” asked the tall sailor, “They are the same size.” ” I’m going to fold it.” I replied, trying not to sound condescending. “Eh.” he said nodding but looking incredulous. I took the envelope from his hand and folded it and put it in the other one. Magic!

With the Italian millennials on my side, the older of the two, hit the computer. He printed out the label for my express package to the States relatively quickly, but then he started working on the prepaid envelope. Mamma mia! Twenty minutes went by and he couldn’t get it to go through. A call to the boss, a chat with me, a chat with the other numbskull, and still nothing, another 20 minutes went by. Niente, nada, nothing. In the end, I spent one and half hours in that Mailboxes, Etc… and about every 15 minutes one of the two clerks asked if I could just come back tomorrow. I could not, so we kept at it and finally, he did it! At least, I think he did it. In any case, I paid a ludicrous amount of money for the prepaid return envelope, got my labels and sent it off. Will it actually come back?! I’m thinking it’s 50/50. But I can say for sure, the so-called bureaucratic or inefficient DMV has got nothing on the Italians. They win. Hands down.