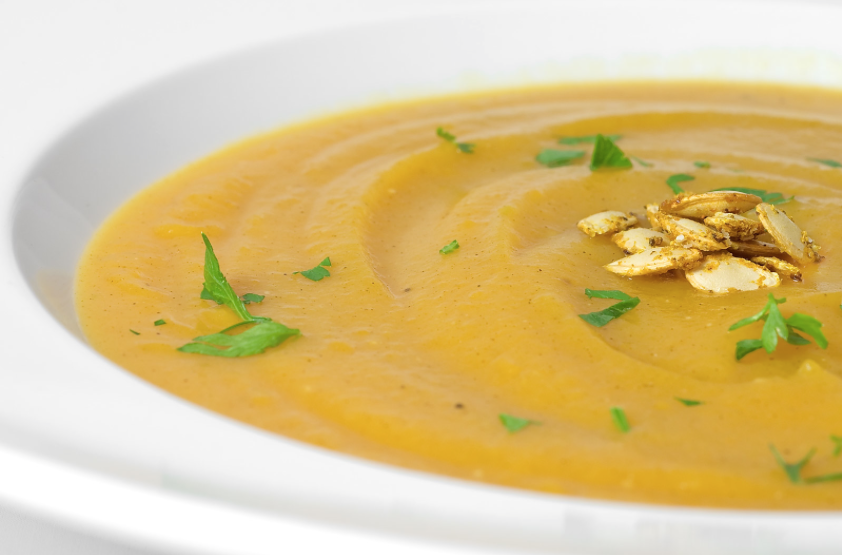 The kind Indian man at the Frutteria, with the J. Crew-catalog mega-watt smile, had an already sliced butternut squash waiting for me the other day, so I couldn’t resist making the garlic-y delicious soup that we usually overdose on during the Fall and Winter. I also felt like Stefan, Zoel and I needed 20 cloves of garlic to pump up our immune systems, and hopefully avoid getting this crazy bug that Leeloo has had for 2 weeks!( And yes, she’s been home from school most of that time.) There’ll be some chicken and veggies too, and one of the house whites, Tizzano Cabernet Sauvignon, to lightened up the whole thing. I’m noticing that Saturday nights have become our evenings for more adventurous meals, and dinners with friends. Maybe regular Fridays will come back in the summer or maybe I should switch to talking about Saturdays!

Christine: Poor Leeloo! I’m so sorry she’s so sick. Noah did a bout of the flu in February and it was terrible. Please give her lots of hugs and kisses from us and extra licks from Luca. Hope she’s up and about very soon. 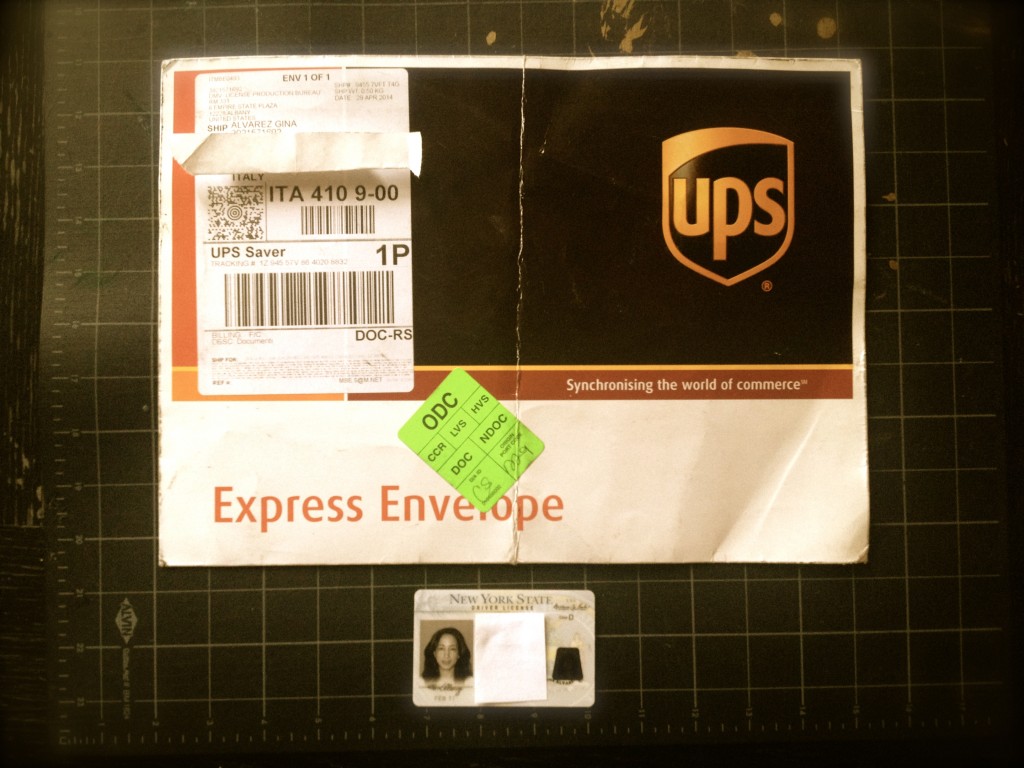 It’s a mini-miracle! Call Pope Francis! My renewed drivers’ license arrived via UPS today! Three weeks to the day of mailing out my forms for it with my hard- earned prepaid envelope. Of course, the UPS man called me from a few miles away to ask if I really wanted this envelope today or if he could come by tomorrow, reminding me once again that coming all the way up our gravel road is really awful for his truck tires and that it really slows down his deliveries for the day. Initially, as you probably remember because I think you were here the first time he laid his whole routine on me, I found it ridiculous, but now, it’s grown on me. It’s become part of our banter. Since last summer, we’ve bonded on being from countries ruined by Communism (For him, I’m Cuban. He’s Albanian, but now an Italian citizen), and on raising multilingual kids, and plus, his nosiness about everything he delivers feels familiar, very Cuban, so we’re cool. He always asks to come another day, I always say no, he comes up and chats anyway. Va bene. UPS man aside, I can drive again! And in the meantime, I’ve gotten acquainted with our pretty decent bus system, and now know that I can get from school in Bologna to the center of Casalecchio in about 20 minutes if I time it right. All in all, not that bad a deal.

In other news, Zoel is swimming in work for this Exhibition project and I can’t wait until it’s over! He’s skipped every other activity he does for a week or two, and he works on it for hours a day, at school and at home. And I get sucked into it too, sometimes for Excel tech support, sometimes for moral support, sometimes for emergency meltdown services, and sometimes for all of the above simultaneously. I keep telling him that I never had to do anything even close to this as a 5th grader (and frankly, probably not until 12th grade or college!), and that he’s rockin it, but mostly he just grumbles and sighs. Anyway, next week, he presents over the course of 4 days to students, teachers and parents. I can’t wait to hear what his view is on the whole thing afterwards. Zoel’s also ramping up for a 3-day school trip to Torino, a Spring concert, a separate mini-musical, and another school trip to Rome to audition for a part in a performance at an IB Schools conference in October. I sound like you a couple of weeks ago talking about overpacked Spring schedules! Leeloo, on the other hand, has been out of commission, but hopefully we’ll be buzzing about by next week. She too has the Spring concert and a ballet recital coming up! There’s so much more to catch up on, so I’ll have to call you this weekend. Overall though, feeling rather grateful to have all this interesting stuff going on.

Christine: First of all, that long hair you are sporting on your license photo makes you look like some long lost cousin of yours and not YOU. It’s so funny, I knew you for four years with the long hair and have only seen you for a total of about ten days with the newer, short hair and that’s the way I picture you in my mind. It must be your most natural state…Also, I cannot believe that Zo’s project is so involved. I’m not sure what Noah would do if he had to deal with something like that. I’m not sure what *I’d* do, as a parent. Lots of opportunity to helicoper-it-up. Seems like a lot for an 11 year old, but I’m curious to hear about what Zo has to say about the experience (and all that work) when it’s over. Hope you guys get some rest this weekend. Looking forward to catching up more on the telephone!.