What We’re Eating and Drinking – Pizza and Nebbiolo! 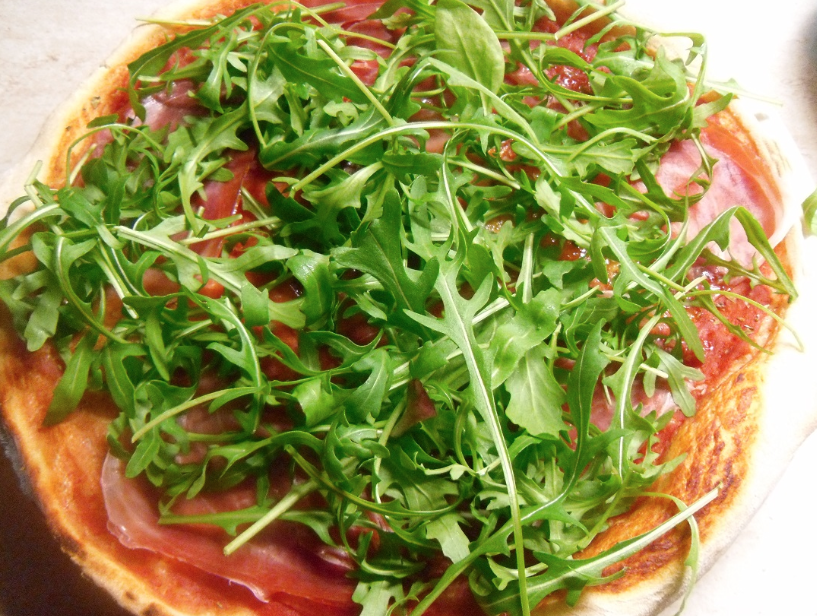 Zoel and his friends have officially finished their very ambitious end-of-5th-grade project, and presented their weeks and weeks of work to the rest of the elementary school, parents, teachers and other staff. In celebration, two of his friends are coming over for a movie and sleepover tonight, so the menu is pizza and more pizza, salad and ice cream! They’ll definitely be a margherita, and probably also a Romana specialty the “diavola”, which is like a pepperoni pizza (Did you know pepperoni means peppers in Italian? How did that turn into the name of a spicy sausage in the US?!), a prosciutto, mozzarella and provolone, and lastly an arugula and mozzarella pie, simple and delicious. The adults will be enjoying a fine bottle of red, a Nebbiolo, because we’ve learned a lot about parenting an older boy during this lovely project and we also need to celebrate it being over and done… more on that another day!

Christine: Yum. Pizza. Did you use the pizza oven? I wish I could have seen Zo’s presentation. Maybe next time we see you guys we can have the boys present to us so we can all celebrate the big work they did this year together. 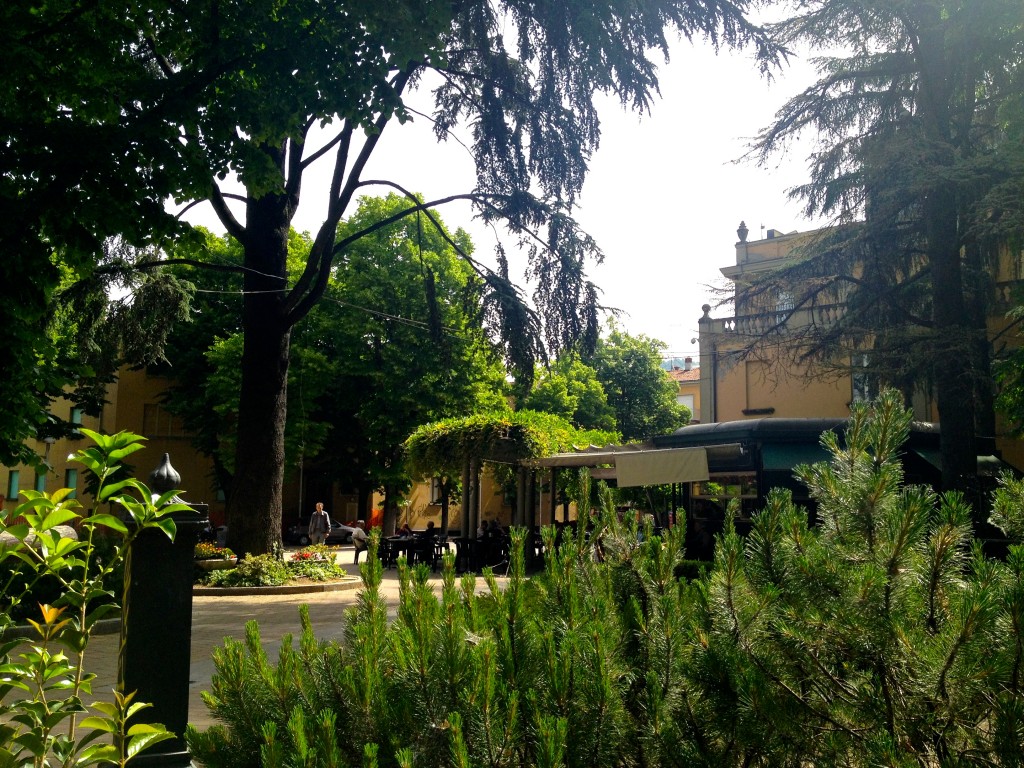 Let me take a moment here to thank my dear husband for helping to free up time for creativity in my world on a regular basis. He was traveling again this week, which means I was on full-time house and kids duty, which means there was time for nothing else, including this little blog, so I’m feeling rather grateful for my normal schedule. I think if he were gone more often, as are so many fathers (and occasionally mothers), we’d probably have our life set up differently, but even so, I don’t think I’d have the will, discipline or organizational skills needed to get everything done while still reserving some energy to create. So, thank you Stefan!

The positive side of Stefan being away is that I spend most of my day running around the lovely city of Bologna. The weather this week has been gorgeous, sunny blue skies, with the temperature between 75 and 80 degrees. Unlike other cities I’ve lived in, Bologna is filled with nature, from palm trees and giant birch trees, to tropical flowering bushes and crawling vines. It’s not very well-manicured greenery, meaning it looks more like a place where nature is fighting to take back the streets, than a world of landscaped spaces and gardens, but during the lush Spring season, I think it works. In several areas, Bologna’s streets climb onto high, tree-covered hills, which are visible as you walk or ride along in the town center, adding to the sense of being enveloped by green. Add to this, the fact that Bologna’s seasonal sidewalk kiosks are opening up all over, so that the morning caffe and brioche can be had outside by an ancient fountain or the lunchtime piadine (a traditional flatbread sandwich) can be eaten at the edge of a park overlooking the center, and its hard not to fall in love with the place.

Next week, we’ll have another irregular schedule at Casa Bouvarez (and that might be the case until school ends!), but with more time to dedicate to making stuff. I have a few ideas stored up that I hope to post here including a showdown I had with a cherry tree that I can’t wait to tell you about.

I hope you and Noah had a wonderful time in Tennessee! I’m assuming we’ll get the lowdown soon… the flights, the hotel, all those pre-teens in one place (eek!), the competition, the other parents… I need to know the whole scoop please!

Christine: Yep, there is lots to say about our adventure in Tennessee. (See a little bit more now on my side.) Bologna sounds simply lovely and I love that you found a few moments of peace and beauty in a potentially (probably still) very stressful week of busy-ness. It’s so lovely, too, that you are being so appreciative and kind to Stef about your writing/creative time. Not that he doesn’t deserve the recognition and not that gratitude isn’t the very thing that I’m trying to cultivate on a regular basis but I’m not feeling it tonight. Maybe it’s because I’m drowning in children, thumping music and cafeteria food (again, see my side) that I’m crabby and annoyed this Friday night. We still have another whole day of this wildness and though I know this has been an experience that Noah has learned from and grown because of and will never, ever forget, I can’t wait to get home to my little house by the river.