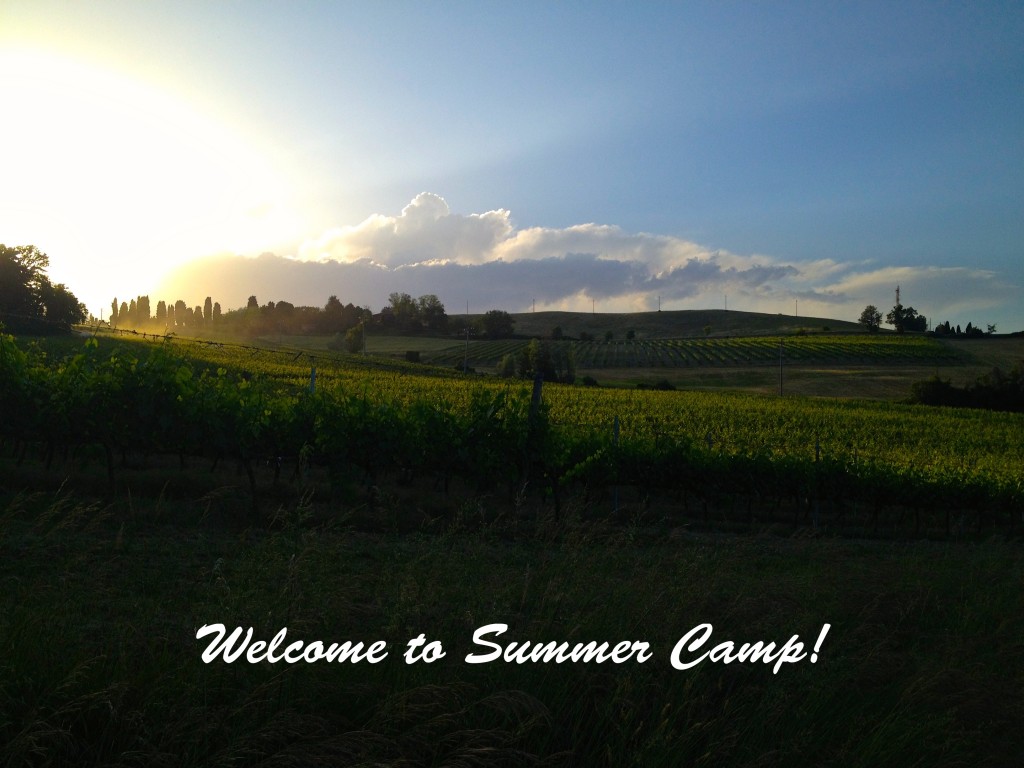 For the first time in six years, I am not signing anyone up for summer camp! I haven’t spent a single minute on finding interesting ones, working out schedules, doing paperwork for sign up, or monitoring deadlines while coordinating with other parents to see who’s going where.  And it’s not that there aren’t any options here. On the contrary, it seems there are more and more families with working parents that rely on the “campi estivi” to get through the summer just as we do back in New York. Tennis, soccer, swim and other sports camps, as well as more artsy or outdoorsy ones and mixed camps are all options in the Bologna area. But in this country, there is also widespread use of the “nonni” camp, otherwise known as lots of quality time with the grandparents. For many kids in our region, Emilia Romagna, this means a quick departure to seaside towns like Rimini, Ravenna, Cervia, Cattolica, etc, etc, as soon as school lets out (for public school here that was June 6!) to visit with the nonni for the summer, and “take the air” (there’s a widespread belief that kids benefit greatly from the cooler sea air of early June). Parents usually make the one-hour drive on weekends to reunite with their children and the grandparents in June and July, and then take a family vacation together in August.

Unfortunately, our nonni are across the ocean at the moment, but we’re skipping camp anyway! During the school year, we often run from place to place following the ever-packed schedule of activities, so these few months are the only time of year that the kids have to just BE. We’re looking forward to lazy days when nothing’s pre-planned and we can spend our time doing as much or as little as we want. The kids are finally both old enough to entertain themselves for hours, leaving Stefan and I part of the day for uninterrupted (or mostly uninterrupted!) work, but then we’ll also get to spend part of the day together. There’s plenty to do on this vineyard, plenty of places to explore outside, and no shortage of activities indoors. We also have a few trips lined up, including a few weeks in New York and Philly, and a steady stream of friends and family that are coming here and we can’t wait to see! The only downside to this plan is that it takes us a bit out of the Italian world we’ve gotten use to, and into our own little English-speaking cocoon. We’ll have to balance that out with playdates, dinners and Italian movies in the Piazza!

So although it was tempting to enroll them in camps that focus on things they didn’t get much time to do this year like music, science and theater, we’re opting out of organized activities for these next two months and hopefully resting and re-setting our bodies and minds with a whole bunch of unscheduled goodness.