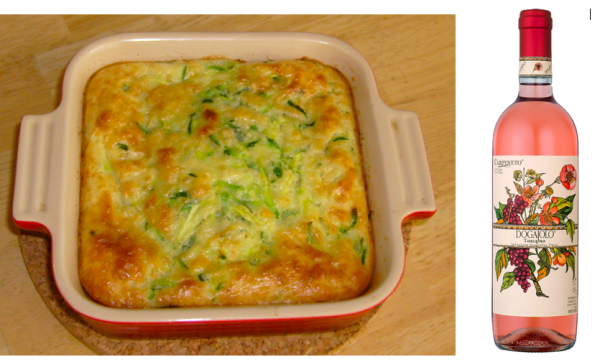 Dinner on the go has been the way of things here this week. Noah’s been in final-rehearsal mode for the middle school play (see below) which has meant four days in a row of being at school from 5pm – 9:30pm. Since 9:30 (really 9:45 by the time we get home) is a bit too late for him to eat dinner on a school night, I’ve had to improvise and make a meal (in the late afternoon) which can be stored and then delivered to him around 6:30. Tonight is opening night and Noah’s call time is 5pm which requires another lunch box dinner, so I made a summer-staple in our house: Zucchini Quiche. This recipe comes from my mother and reminds me of the pool parties my parents used to have when I was a kid–weekend long, rather raucous gatherings of my mom’s college friends and their families. The women (who did all of the cooking except the grilling because, you know…men) always put this dish on the menu and to this day I think of them, in all their bell-bottoms & feathered-hair glory–whenever I make it. This is not a quiche with a crust, so it’s easy to cut up and hand out to hungry kids (with hot dogs and a side of watermelon). Yes, Bisquick is an ingredient and, yes, this link to the recipe sends you to the Betty Crocker website, but trust me when I tell you that it is a perfect one-dish meal and relatively healthy to boot: chock full of zucchini and eggs (for protein) as it is. (I’m also pretty proud of myself for not throwing pizza at Noah for a third night.) Toss together a nice side salad (or some cut up veggies and fruit) and it’s perfect for a meal on the run. I’ll opt for mine with a glass of rosé after the show.

Gina: Bisquick and bell-bottoms! I love it. We had to do one of these lunch dinners for Leeloo on Wednesday because of her early evening ballet recital. I ran out of time to make it myself though, and ended up getting her a piadine (traditional sandwich of this region) with “cotto”, cooked ham, not so interesting, but it did the trick, and kept her going until we reached the Trattoria around 8:30pm. There, she and the rest of my clan, devoured 3 very rich plates of pasta alla Bolognese (read: with lots of cream, butter and/or prosciutto, pancetta or other cured meat), then went for some scrumptious gelato to celebrate a beautiful night! Nothing but veggies and fruit smoothies coming up this weekend…

What We’re Talking About: Midsummer/Jersey 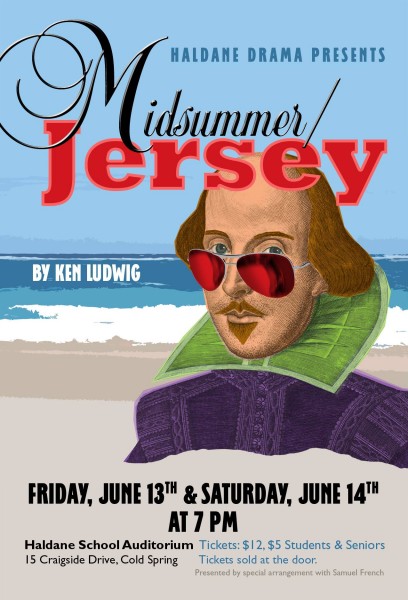 So, tonight’s opening night! Oh how I wish you guys were here to see the show. It’s going to be a riot and quite the production. I know we’ve mentioned this on the blog before, but this little village can really hold its own when it comes to talent in the theatre department. There are 47 middle schoolers in the play–out of a pool of about 165–and while not all of the actors are going to end up on Broadway, that’s a pretty impressive accumulation of interest in performing arts. I spent many hours this week backstage, sewing together fairy wings and shortening pants and listening to middle-schoolers dramatize everything from the fit of their shoes to make-up that wasn’t complementing their eye color. I’m no seamstress, as you probably are scratching your head at the idea of me with a needle and thread between my teeth, but the wardrobe people were desperate enough to accept any set of helping hands so I offered to put the finishing touches on a few things. Being at school during rehearsals also gave me the opportunity to get a peek at the show–and it promises to be a high-energy, fun production. The show itself is a re-telling of Shakespeare’s Midsummer Night’s Dream set on the boardwalk of a seaside town in modern-day New Jersey. The musical numbers are loud and catchy (think Pharrell, Justin Timberlake & Beyoncé) and though Noah’s role is on the smaller side, he’s thrilled to be a part of the production. I’ll take lots of photos and post more about the performance next week.

Gina: OH! I don’t like missing these moments…It would be awesome to be there and share this special night with Noah, you and Ray.  Someone please take a few minutes of video, so we can at least get a glimpse of his first middle school play! At least lots of pictures please! I’m having a hard time picturing you sewing backstage, but it seems like… fun?… and a wonderfully non-intrusive way to plug into Noah’s world for a little while. Please tell him to have an excellent time and in bocca al lupo from all of us! Break a leg Noah! Can’t wait to hear about all your adventures later in the summer.