It’s starting to feel like the Shakira La La La (Brazil 2014) hit all over the streets of Italia. All the little ones at school sing the World Cup anthem, talk of the Mondiale slips into every conversation for people of all ages, and I am doing the unthinkable, writing a post about sports.

And it appears that I’m not the only one in my family to have been touched by this madness. My son, who has never followed sports all that closely, totally surprised me the other day when an acquaintance from school stopped by our cafe table. They quickly got around to the games, and not only was my kid asking relevant questions, but he appeared to know the schedule of matches and names of players from all over the world. Now if I could just get him out on a field… 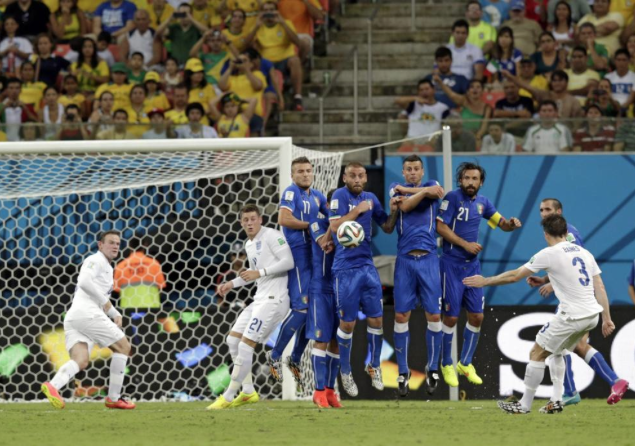 And of course, its not just the pre-pubscent boys who know every detail of what’s… ahem… afoot (Sorry, I couldn’t stop myself.) I’ve had two occasions already to witness the fever that overtakes middle-aged men during the World Cup. It’s like some kind of rejuvenation spell is cast, and all of sudden, there’s more drinking, more laughing, more dancing, more singing, and more of all of it spilling out onto the streets. And that’s before the match has even started. (We see them particularly late here. Italy’s first game ran at midnight, but that didn’t stop the bars and streets from being packed with fans and celebrants of all shapes, ages and sizes.) The ladies have the fever too, some a bit more than others. 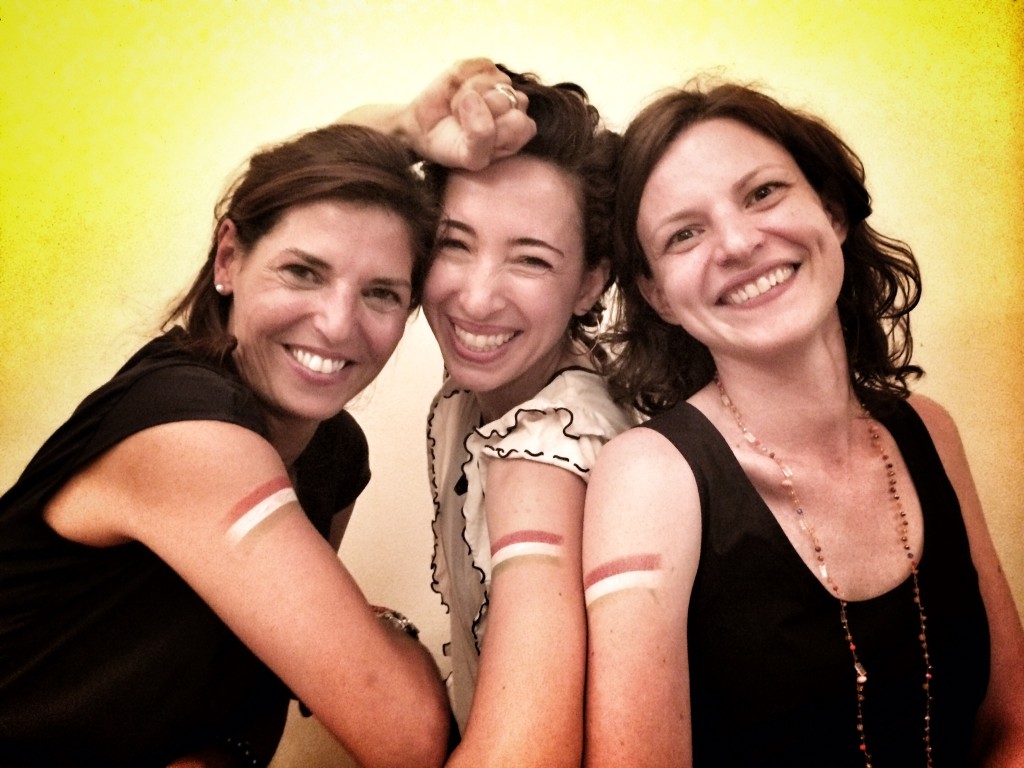 After a pre-opening match dinner with a merry group of friends in Bologna, Zoel and I stayed up to watch Italy and England duke it out. Sleep won the battle with Zoel mid-game, but I made it to the end, and was treated to a post-game wrap-up on one of Italy’s main networks, Rai Uno, which, of course, featured a shapely babe in a skin tight black dress as our hostess for the evening. While the serious male pundits sat behind official desks, this lady sauntered about in the middle on her 5-inch heels. It looked like it absolutely had to be a Saturday Night Live skit, and yet… it was not. 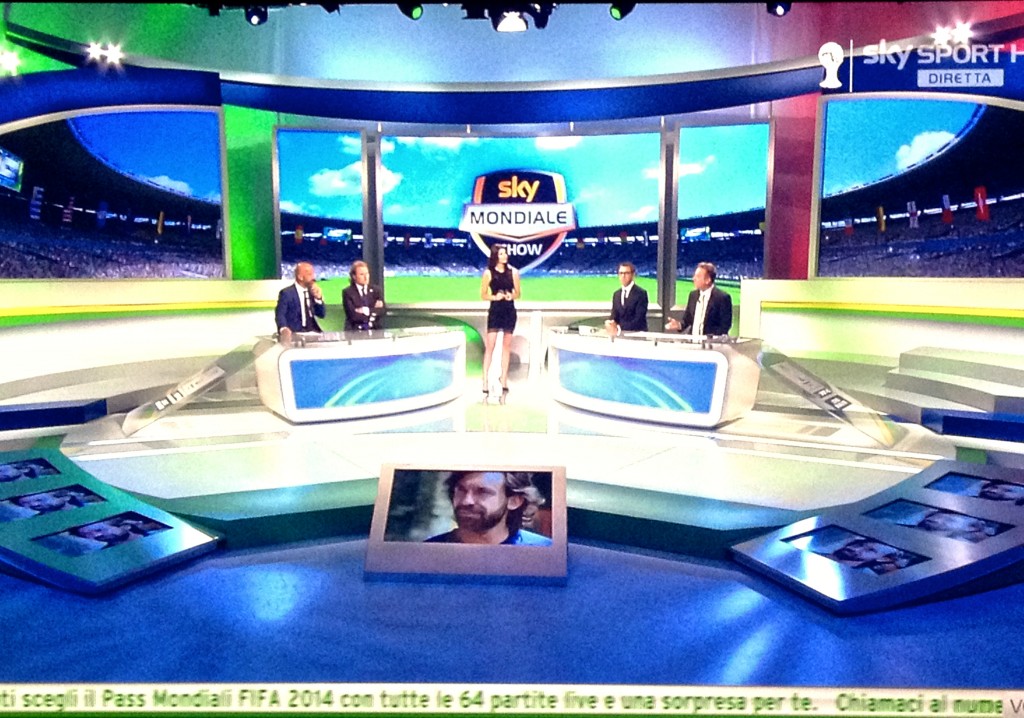 Built-in chauvinism aside, I’m looking forward to some more World Cup fun in the coming weeks and am hopeful the Italians will stay in the game for a while, so we can experience first-hand what happens in a soccer country when the national team makes it through a few rounds. The US will have made its Mondiale debut against Ghana by the time this posts early Tuesday morning, and it would also be amazing to see them win at least one. (Forza Stati Uniti!) As Spain’s El Pais sees it, the U.S. team is looking for the definitive push that would help (finally) popularize the game in the States. In case that never happens, I’ll be enjoying some World Cup frenzy while I can get it. 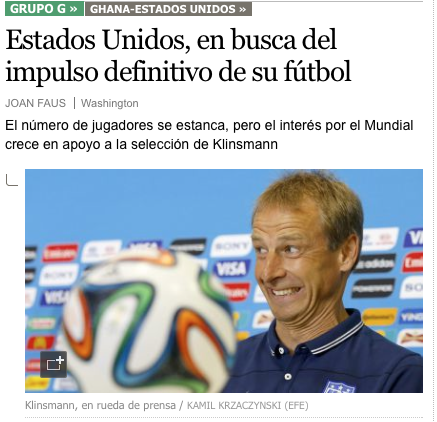