What We’re Eating and Drinking: ‘Raw-violi’ and Rosé

Some of the food changes we made during the cleanse a few weeks ago have stuck. Both Ray and I have been craving raw vegetables with our meals after returning to our “old” way of cooking and, after consuming a few meals of cooked vegetables and a salad, feeling like everything tasted bland and unsatisfying. We’ve started to incorporate a raw side dish or two into the cooked meals that we typically make. Often I whip up some kind of raw soup, which is super easy. Just put a bunch of veggies and fresh herbs into a food processor and voila!–cold soup. But tonight, on account of it being Friday and all, I’m going to take a little extra time to put together one of the more exotic appetizers I really enjoyed during the cleanse. It’s called raw-violi (yep, bad pun) and it’s made from thinly sliced beets and un-cheese. I know, I know, as a big cheese fan myself I was dubious about eating something that was supposed to mimic cheese (how do you mimic a most perfect thing?) but wasn’t cheese at all. The trick is to not call these raw foods anything other than what they are. Once you realize that the food you are making will have neither the taste nor the texture of the food it trying to imitate, it’s much easier to appreciate it. (I’m ready to rewrite all of the raw food cookbooks without the cute attempts at impersonation: i.e. zucchini “fettuccine”, “german chocolate cake” (made from prunes) and yam “noodles.”)

For the raw-violi, layer the thinly sliced raw beets with any kind of vegan cheese (here’s a link to several recipes for ‘cheese’), put a dollop of ‘cheese’ on top and serve as a side dish or appetizer. Coupled with a glass of rosé in the gazebo, it’s a perfect and healthy beginning to the weekend.

Gina: Despite my every inclination, I’ll admit that sounds kind of scrumptious. I am not a big fan of the beet, and you know how I feel about soft cheese (or pseudo cheese), but something about the combo sounds good. It may be because the couple of times that Michele has taken my to raw food restaurants in New York, things that I usually wouldn’t mix or that I’d shy away from, have ended up being delicious. I think you hit upon something when you said that you have to stop expecting these dishes to taste like other foods. They have their own flavors, and often it’s all about the combination! Bon appetit!

What We’re Talking About: 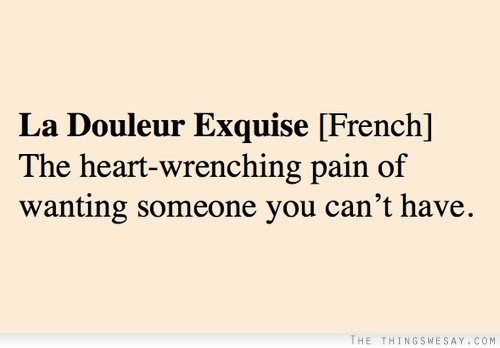 (Am I using the French correctly?)

Tonight, the limitations of virtual friendship are particularly evident, but I’m going to try to talk things out here. This conversation seems like one of those long ones, best had in somebody’s backyard because it necessitates eye contact and gestures and maybe a hug; because we’ve had similar talks over the butcher block in your old kitchen and next to river here and around your giant table in Bologna and afterwards I’ve felt hopeful and light.

There isn’t big news to share, I’m just wrestling with the stuff of life, issues and worries and shortcomings and patterns that I find coming around and around, again and again but that I’m trying to LEARN FROM this time around. I’m trying, you know, to get things right. For me, one of my worst habits is coveting that which I cannot have; OR: wanting that which does not want me. What’s that famous Groucho Marx quote? “I don’t want to belong to any club that will accept me as a member.”

My thing is kind of like that, but not exactly. When I look back on decisions I’ve made through the years I can see, very clearly, that I’ve forced a lot of things: friendships, jobs, lovers, moves. I can see that as I persisted, unblinking, towards certain goals (desires? are they one and the same?) with an unrelenting, almost blind desire (to be friends or lovers with a particular person or to get hired for a particular job or to live at specific address), I was hitting roadblocks every step of the way. And while I appreciate the need for hard work and understand that the path to victory is very often tiresome and an arduous, long journey, I think that I’ve wasted years trying to force circles into square holes; by mistaking my reluctance for challenges and overriding my own instincts (to say no?) in the name of sacrifice. Incidentally, after years of pushing and driving and browbeating, the elements of my life were often in shambles: friendships, marriages, careers–all which have bit the dust.

Recently it’s been suggested by more than one person that I lack street smarts, that I just don’t see the forest for the trees and maybe that’s true. It does seem that at times I lack common sense (the difference between common sense and prudence being a vast and broad one).

The thing is, I’m in a bit of a quandary like this now. There are two jobs in town here that I’m circling around–one sexier and more glamorous, the other secure and safe with the potential to be…boring and conventional and solid. Guess which one I’ve interviewed for and which one is leading me on with suggestive emails but no solid commitment to talk face to face? Guess which one I WANT?!?

I feel like it might be time for me to put my desires aside and stop trying to date the captain of the football team and accept my fate as the girlfriend of the treasurer of the debate team…but I can’t help wanting the glory. Maybe it’s a lack of street smarts or maybe I’m just greedy.

Gina: Nope, this can’t be hashed out in ten (or fifty) lines of commentary, but I understand what you’re saying and feeling. It reminds me of an article, that’s I think is at least tangentially related to your quandary!  It was by a woman who had always dreamed of creating and tending to a beautiful elaborate garden. She had made dozens of plans, read tons of books, had many false starts, bought seeds and plants that never made it into the ground, and spent years, decades even, feeling terribly guilty about how she wasn’t getting around to using  her talents to make that damn garden happen.

But then, she had a revelation. She was never, ever, going to be a gardener, great or otherwise. She was never going to plant anything. She had been choosing other things over gardening for years because she liked them more, because they were more necessary, because they flowed better with the rest of her life, etc, etc., and yet, she had spent all this mental time on the dream of gardening.  Instead of accepting her reality and concentrating her energy fully on the things she’d chosen, she had let herself be nagged by and then later, really weighed down by, the disappointment in herself and the guilt she carried. On that fine day when she finally made the decision to accept that she’d never be a gardner, the guilt and disappointment fell away, and she got on with it, “it” being the things she was already good at and doing.

When I first read this, the over achiever in me was not having any of it. How do you just decide not to do something that you had hoped to get to for years? How do you say to yourself that’s never going to happen? Never?! I’m still trying to accept that notion fully, but I am starting to grasp that you squander an enormous amount of energy beating yourself up about not getting to (or about not having) whatever IT is. And then all the disappointment in yourself, and the resentment and anger you continually direct at yourself (subconsciously or consciously) because of this “failure”, further poisons your life. So now, your resources are depleted and you’re sick. Better to let go of that thing (whatever it is), accept it’s never going to happen and live your life. The person who does that has a much better chance of doing something meaningful or living fully, than the one lugging around all that garbage. Make a choice and then let go of the mental garbage. So easy to write, yet…

20+ lines and probably not much is solved. We will tackle this one in person soon. x