While Gina and other members of the Bouvarez clan ready themselves for visitors galore, I am pleased that summer has arrived in the Hudson Highlands and that Noah’s school obligations are over so that I can tend to the cocoon of privacy and alone-ness I’ve been cultivating here at the River’s edge for the past year (and longer) and Stay Home Alone. I mention the past year because that is when our friends left for the hinterlands of Italy–more about that next week–and longer because it has taken me almost 44 years of living on this planet to realize that I’m an introvert at heart. 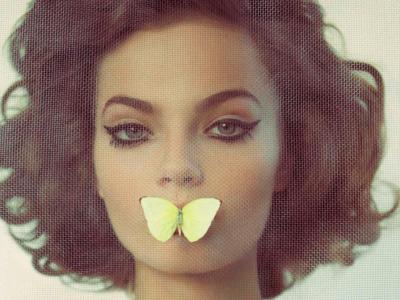 It’s not a realization that I’ve taken to comfortably. It took more than three decades and a serious conversation at an ungodly hour of a brand new year to help me even recognize that being alone, and quiet, are the states that I covet most.

I come from a family of talkers–on my mom’s side anyway. My grandmother is from Sicily and she holds the stereotypical Italian disposition of being temperamental, easily angered and loud. Love comes easily to her, too, which is illustrated in her steadfast loyalty and support of her grandchildren, some who have gotten divorced, sworn at God and gone to jail. Still, she thrives on togetherness, on the charge of noisy conversation and sharing a room, and a meal, with her children and their offspring (and their lovers–though she publicly calls them ‘friends’). At the age of 90 she lives alone, happily most of the time, but it’s no secret that she prefers occasions when every chair in her house is occupied and the television is switched to Sports Center and the grand-dogs are begging for meatballs at the kitchen door.

My mother’s extroversion is even more developed. Her want to be out in the world, along with her ability to keep a conversation going, is legendary in the small town that she and my father live in upstate. Joining her on errands to the bank or the supermarket promises to take far longer than the time needed to complete the tasks on her list–there are tellers to talk to and check out girls–former students of hers–who she’ll need to catch up with. Last weekend I went home for a large family party and watched my mother work the room. No matter that it wasn’t a party she was throwing (it was her brother’s wife’s birthday), she took it upon herself to make sure each person was sated and content. She moved from table to table with anecdotes and queries about new babies, deftly sipping her drink and nibbling cheese between bursts of laughter. I watched her from my seat at our table, re-checking the door for the quickest route of escape, and marveled at her energy and her endurance. When I had arrived with her an hour earlier I said hello to my Aunt (the guest of honor), my cousins (the actual hosts) and my grandmother and then hightailed it to the bar. When my mother got to our table (convinced to return only by the announcement that dinner would be served shortly) she was glowing and happy and charged. If I had talked to that many people in that short of a span of time somebody would’ve needed to administer oxygen.

I seem a bit delayed in the knowing thyself department, so for a long time I thought that togetherness filled me up too. I’d throw parties and apply for jobs that required small talk and social skills. Whenever I tried to work a room I’d end up tongue tied and exhausted, but I persevered–thinking that triumph could be found in chit chat and charm but I was miserable and unsuccessful and I had no idea why. It also felt like a failing to not pass the torch of all that gregarious mojo on to Noah. He learned early that whenever we attend a school play or concert to flee to the car as soon as the curtain comes down and, at his baseball games, not to look for me in the crowded bleachers behind home plate, but under the tree beyond first base, alone.

This summer, as Gina’s house fills to capacity and friends and strangers enjoy witty conversations over breakfast and rowdy dinners under the stars, I’ll be here–a world away–(quietly) envying the party, but hopefully, finally understanding that my much more understated visit with her later in the summer will be just perfect for us. I’ll try to take solace in knowing that during those few nights in that gazebo in August we’ll be mesmerized not by the crowd, but by the hard lock of friendship and love and that while I might not be teaching Noah the art of social networking, I’ll be sharing with him the first sprouts of authenticity and what’s it’s like to live as yourself.

As for the big Cuban birthday party, I’ll let you know.