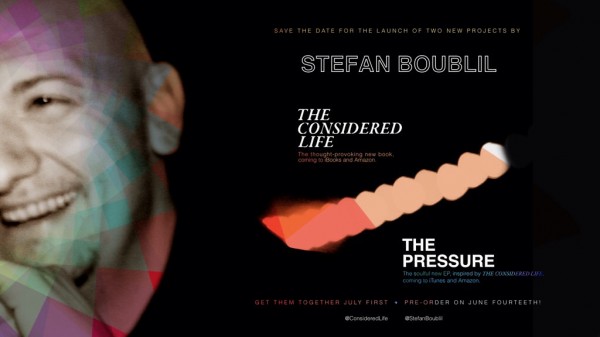 First of all, CONGRATULATIONS to Stefan on this, the LAUNCH DAY for his book and music projects and the official introduction of the considered life to the world! I’ve had the pleasure and privilege of witnessing a few moments of its development over the years and I promise you, neither the book nor the album should be missed.

In other news, summer is here! I think I’ve mentioned this a few times already, but I’m just so doggone happy to be puttering around the house in bare feet with the windows open, the sloshing of boats on the river the soundtrack echoing through our house as the people and animal who live here settle into the rhythm of the season.

A change like this often comes with moments of bewilderment and it was during one of those murky mornings late last week, when Noah and I were bumping into one another in the kitchen and Ray was trying to get out the door to catch a train and Luca was whining because he wanted to go for a walk that I decided we needed to do something different–you know, in an attempt to flow with the slower pace and the looser structure of the day and not, ahem, paddle against it. Noah and I talked about finding a movie to see or going to the mall or, even, hopping on the train with Ray and heading into the city for a museum visit and lunch, but the sky was crystal blue and the breeze was gentle and warm and it wasn’t a day to be inside. So, I made the rare choice to go kayaking. You know, without our resident water expert around to guide us.

It’s not that I don’t ever go out on the river without Ray, but often it’s just easier and, to be honest, more palatable to have him with us. For safety and security reasons and because it’s obviously more fun, but also because he’s good at dragging the kayaks around and warning us about the changing tide and keeping Noah and I, two starry-eyed neophytes, focused on looking out for motor boats and tankers and other detritus that must be avoided whilst splashing about on this giant body of water in a plastic vessel the size of a bathtub.

Noah, ever the adventure seeker, was thrilled and did not miss a beat. Of course we could do it alone! No worries! He wanted to pack lunch. He wanted to find a swimming hole. He wanted to try to take the dog in the boat with us, too.

Luckily, I was able to keep my wits about me and made the executive decision to leave Luca home, but after making Noah promise to help me with the dragging-of-the-boat-down-to-the-beach and the paddling-up-the-river and the paying-attention-to-the-tide, we packed some snacks and a few jugs of water and headed out onto the Hudson.

We were treated to calm waters and beautiful scenery and we had a truly magnificent afternoon. It’s so interesting to visit places you’ve seen a thousand times before, but from an alternate point of view. We are lucky enough to live at the river’s edge and we watch it, awestruck, every single day. Our viewpoint, though, is always from above. We look down at the river and across at the mountains, perspectives that give us a sense of dominion or, at least, of safety over all that water and land. But to see everything looming above us, except the water of course–which itself seemed far more copious and deep once we were floating on top of it–made both Noah and I silent with appreciation. For the day and for one another.

Our house is perched up on a rock wall and even during the most violent storms (Sandy, Hurricane Irene) we never feel like there is a threat of danger or flooding. Once you’re down on the river, though, that certainty starts to shift. Sure the water in June is warm(ish) and the gentle lapping of the small waves against the boat seems comforting, but you also realize the river’s power and potential peril. When you’re depending on that water to keep you steady and moving, when the mountains form a bowl around you, when you are surrounded by rock walls that seem impossible to climb, you can get to thinking that maybe a storm could come through and send waves in through the back door.

You paddle on. Not afraid, but reverent and still. And curious. 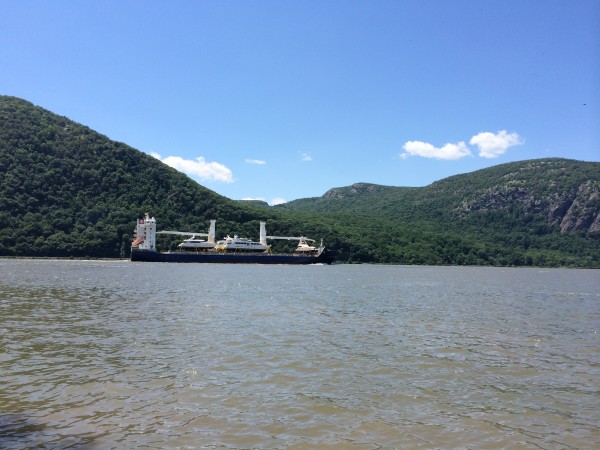 Our fellow travelers on the river–like these big tankers (we passed four or five) carrying everything from other boats (the one above is loaded down with yachts) to cement and gravel and oil–demand respect as well. While we enjoyed playing in the waves of their wake, we mostly stayed away and admired them from a distance.

Combing the riverfront we were treated to features of the shoreline we don’t usually get to see: driftwood structures built by campers or teenage revelers who find solace (and sometimes trouble) at dusk along the narrow beaches; 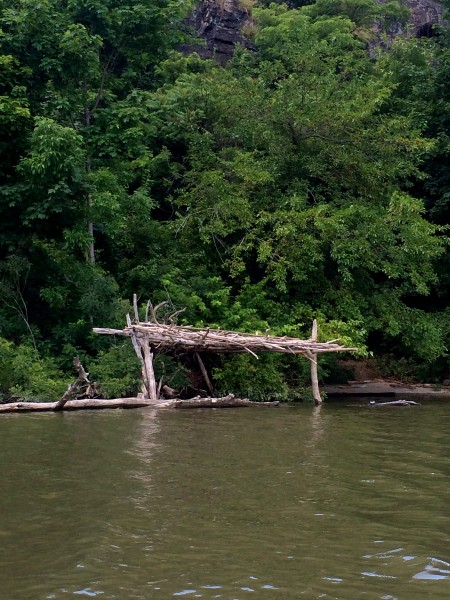 and marooned logs and uprooted tree stumps, battered and smoothed down by water and sand. 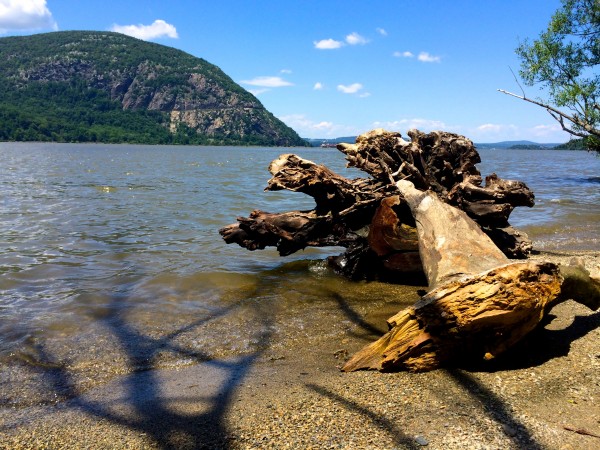 Even our beloved village’s waterfront, a place where we regularly walk the dog and eat ice cream and sit on one of the benches to read or write, seemed unfamiliar and exotic and strange. 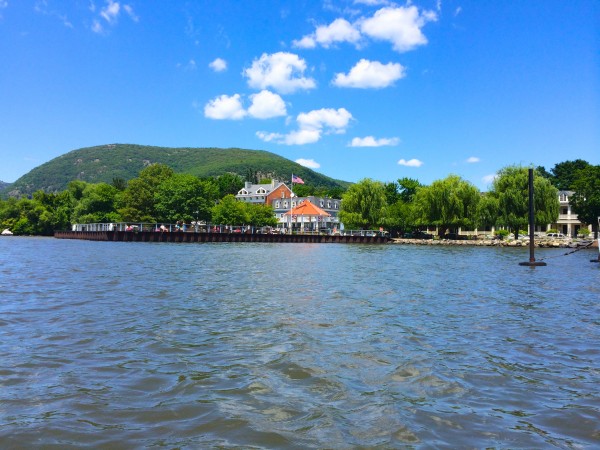 I’ll end today with a quote from The Considered Life:

“Escaping our familiar contexts seems to me one of the better and more tangible reset buttons that life, in its wise wisdom, has seen fit to make us believe was our idea…Such migrations do not necessarily have to mean visa-stamping and language-learning…The foreign-soiled experience can be had anywhere that feels alien to whoever you think you are or home to whoever you want to be…For I know that the crossing of borders and the changes in points of view, literal and metaphorical, supply me with a seemingly inexhaustible reservoir of what has come to mean so much to me: the quest for quality of life.”

It’s going to be a good summer.