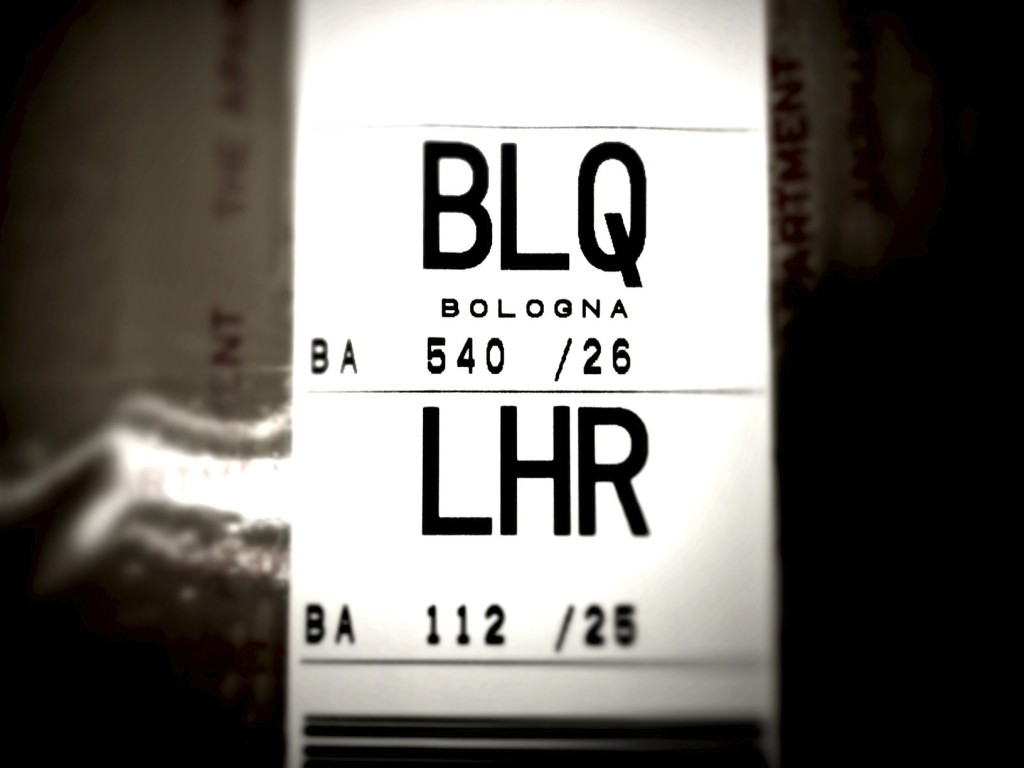 I’m sitting on the floor of the living room of this old farmhouse built in 1836 by the Modrone family for their workers. The beautiful evening light of the sunset is streaming into our backyard, my decaf caffè lungo is next to me on the table, and a strong feeling of home pervades. We’ve only been here a year? How is that possible? It feels much longer, certainly more than a year’s worth of events have transpired (trips, lessons, plays, visitors, a book, an album, more trips, more visitors, a blog, a graduation, a recital, etc, etc…).

Before assuming this very comfy position on the rug, looking out onto the sun-filled porch and the garden that’s just been soaked by a quick summer shower, I was in the Centro of Bologna, where I returned to Orea Malia hair salon for a new short haircut, with the very amiable Marco. About 12 months ago, to the day, I wondered into that same place, fed up with my long hair, and looking to mark myself with some outward sign that I had just uprooted myself and my family to start a new adventure in a galaxy far away from New York City and Garrison, NY. Since tattoos aren’t so much my thing, I settled for shaving my head.

Today, a smiling Marco greeted me warmly, and quickly got to work on a less severe looking short ‘do. Within a few moments, I learned that his daughter was now the person at the front desk, and that his very dashing son, who was clipping someone’s hair just a few stations away in his tan shorts, button-down shirt, and suspenders, was about to become a Papa. “Auguri! Tanti auguri Marco!” rang out around me. He was about to become a nonno and his daughter, a zia, and they were all buzzing with anticipation. Like so many here, this is a family business and their joys, dramas and troubles are shared with employees and customers alike, with no apologies and no pretending that their personal lives don’t intertwine constantly with their work lives, in the way we tend to do in the U.S.. On the way out, the soon-to-be auntie confessed that at first she was unnerved by the news that her younger brother was beating her to the child-having years, but that now, she was so very excited, never mind that we had only met a few minutes ago. She had created an instant intimacy between us in the way only people from Latin cultures (and possibly the Irish!) know how.

Happy with my new cut and buoyed by the joyful family, I floated down the marble stairs of the old building and down on to Via Ugo Bassi, a main shopping street in the center, and head toward the Palazzo, which dates back to the 1500s, on Piazza Maggiore. From there, I walked around to a small cobblestone street where Stefan, the kids and our good friends, Melissa and Oliver, who are visiting from NY, were waiting for me at a French cafe. The children munched on Croque Monsieurs (when they weren’t stealing pieces of my Quiche Lorraine) and the adults nibbled on their Salades Niçoise, a welcomed menu change since we mainly stick to the food that dominates our surroundings – salumi, pasta, pizza, tigelles and piadinas (both kinds of sandwiches), roasted potatoes and steak – partly because it’s everywhere, and partly because it’s so, so good.

From there, Stefan walked back towards the kids’ school, to grab two of Zoel’s friends who live in the neighborhood, and then head back home for a dip in the pool. Melissa and I decided to stay around the Centro to visit some shops. We had only been in Bologna for a month when she first visited, and I remember telling her at that time, how annoyed I was at not knowing where anything was or which way to go to get anywhere. I wanted to be able to download a map of the city directly into my head, along with a lifetime’s worth of Italian vocabulary and verb conjugations. The stress of the move had all but immobilized us, and we reacted by barely leaving the house during that first visit.

Today, instead, I move around these streets without thinking, by foot, bus, taxi and car, happy to share the few shops that I’ve found that suit our New York City-groomed tastes, cutting through a piazza here or down a side lane there. We have our favorite fish monger, butcher, grocer, our preferred trattorias, and the guys at “Two Brothers” cafe never fail to wish us a Buongiorno as we walk by. The language too, is no longer anxiety-provoking. I’m far from fluent in Italian, but might solidly be labeled proficient, and no longer feel that someone speaking to me is cause for alarm.

I know that these challenges are exactly what we came seeking when we decided to change country, culture and language, but it’s also clear now that they have sometimes been much more difficult to deal with than we had expected, especially over the first 8 or 9 months. For me, the biggest one was the initial uncertainty about EVERYTHING, although I was able to enjoy some of it as it was happening (See this post about early visits to the cafe bar), the newness and constant re-discovering of how to move about daily life was energy-depleting and sometimes, downright depressing. For Stefan, it’s been the inefficiency and arbitrary nature of Italian bureaucracy that’s almost driven him nuts. He’s returned from the post office or city hall many times, just about ready to pack up and “get out of this #$@^% third world nation pretending to be an actual country!”

The kids have probably made the smoothest transition, proving that old adage about the adaptability of the young. Together, our biggest test has been being an ocean away from our family and close friends. Their visits throughout the year, have undoubtedly helped us make it through this significant change relatively unscathed. They’ve brought news of home and products that don’t exist in Italy (see here!), but their presence has been the most needed thing of all. It becomes more obvious that there are certain conversations that you only have with particular people when they’re 2000 miles away, and those talks have to wait six months because Skype or the phone just won’t provide the level of connection you need in order to get going. You try out the topics on some of your new friends, but the reactions just aren’t right, so you wait.

And then there are Friday nights. Oh man, we miss our gentle giant, Ray, and his stories of kayaking and biking adventures, his tales of crazy clients and past travels; getting our groove on with Noah or cooking with him in the kitchen or hearing about his week and his thoughts and opinions about everything; conversation with Christine, time to sift through all the week’s events or contemplate the minefield that can be the life of a mom/wife/creator/worker, while drinking delicious wines or consuming a beautiful meal. You just can’t re-create that chemistry, so we’ve stopped trying, and look forward instead to our visit in August!

Despite those initial challenges though, we’ve definitely found another place on the globe to call home. Although we’re still growing into that relationship with Bologna, I already have no doubt that when we leave, we’ll always feel an attachment to this city. I’m curious to see how the children will relate to it as they grow older… Bologna might be that town I lived in when I was 7, or it might be much more than that. Stefan may continue to think of it as a place where nothing #$^%&$* works or maybe he’ll soften with time. Regardless, he will  miss Bolognese foods for the rest of his life. As for me though, I love living in this Latin culture. It reminds me of my Cuban upbringing in so many ways. The language is, of course, very similar, but it goes beyond that. There are so many intangibles, like the warmth of the people, and the familiarity that comes quickly in a society that transitions from formal to informal instantaneously when a connection is found. There’s the ridiculously dramatic, but oh-so-heartfelt pop music that fuels my rides around town, and there’s the fact that there’s always “a guy”, and if you can get to the right guy, anything is possible! In addition, there’s the tribe of international families that we’ve met here, who believe whole-heartedly in multiculturalism, multilingualism, travel and exploration, just like us.

At several turns this year, I’ve been left wondering how my parents ever chose to stay in an Anglo world, when all this Latin goodness exists, but then I spend 3 hours (or days!) trying to get an appointment to have some ailment seen, or the young men at the shipping office are bewildered by a request to include a return-address envelope in my express mail package.  In those moments, I remember that stuff actually works in my home country, and really, really well. I know we’re very lucky to have been raised there, but I am now, more than ever, acutely aware of what my parents lost when they had to change homelands and cultures. And I’m happy that my young family gets to experience a piece of this world, kinks and flaws included, at least for a little while longer. 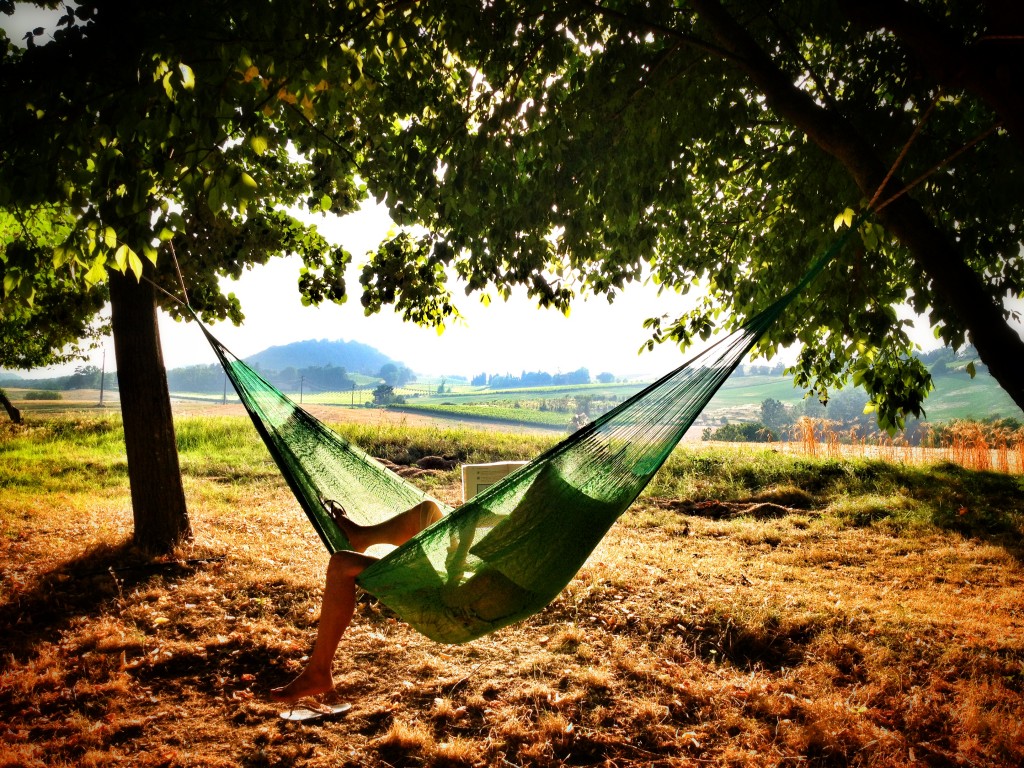