“The first year was like icing. Then the cake started to show through …”
― John Ashbery 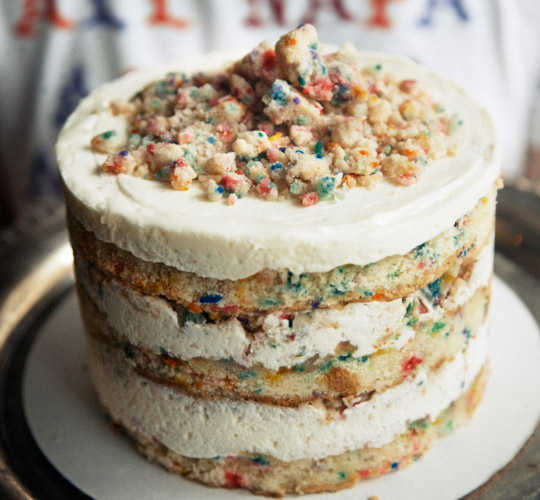 When Gina and I decided to write posts marking the one year anniversary of their move to Bologna (we started this blog about half a year later), I thought that all I’d have to say about the matter was that I was lonely and that I missed them and that I wanted them to PLEASE COME BACK, and while I am sometimes lonely and I do miss them fiercely, these are not, surprisingly, my only thoughts on the matter. (Wanting them to come back is simply an unfluctuating state of mind that requires no explanation or justification.)

It’s strange, from the perspective of this side of the blog anyway, to write about their move as if it happened to me; as if the new life they’ve made for themselves on the other side of the world has anything to do with me at all.

Gina and Stef moving away from here changed my life in ways that I’m just beginning to notice now, one year out. There are obvious ways of course, like the reality that fewer conversations take place between us and we have less knowledge of the day-to-day goings on in one another’s lives. Sometimes I worry that I’ll be replaced by newer, cooler friends or harbor concerns about being forgotten altogether. The Bouvarez clan moving out of our town also means that Leeloo has lost teeth that we didn’t celebrate and that Zoel grew a mop of hair (and cut it off) before we were able to run our fingers through it and that Noah had fewer fans cheering him on at the Middle School play. Most conspicuous, of course, are the many, many Friday nights that have passed–that will pass–when we’re not sitting at the same table together breaking bread.

My perspective is not as simple as labeling myself as a Friend Who Was Left Behind. The truth is their moving had NOTHING to do with me. I’m not a victim of their circumstance any more than I’m the victim of my own life. This situation, the Here and There configuration of this blog and of our friendship, is simply the context within which I am (we are) living life right now. That I am choosing to spend several hours a week highlighting the disparity (and the homogeneity) of our daily existences has forced me to bring many moments of this past year into focus in a way I might not have if our friends had stayed here and our lives had just continued on as they were. The digging deeper into my life that this kind of constant scrutiny entails, in me calling the details of my thoughts and actions to the front of my attention so they can be examined and understood…this move, their move has, stealthily and steadily transformed me as well.

The whole premise of this blogging endeavor was predicated by the different trajectories we realized my and Gina’s lives would be taking from the juncture of their flight to Europe forever onward, but the truth is our lives were going to follow different trajectories even if they had stayed in that house a mile down the road from us. The other-ness of other people’s lives (especially those of our loved ones) might be less obvious when we are all are painting with the same verb conjugations and a similar culinary palate, but there are a million ways to be American or a New Yorker or ‘From Garrison’, too. If we don’t pay close enough attention to what’s going with ourselves in relation to the people around us (which we usually don’t when our lives appear pretty similar on the surface), we miss everything the contrasts and convergences and the fact those differences are always, always there, can teach us.

Relationships, long-distance or next door, must always find their way around obstacles and impediments if they are going to survive and thrive. This year the Atlantic Ocean and five time zones proved challenging to the intimacy of my relationship with my friends (luckily love and connection and the want to stay in touch are present in both camps) and, sure, it’s been annoying (sometimes) and inconvenient (all the time), to drive by their old house and have to stop myself from pulling up their (old) driveway when I need a talking to and a healing cup of tea. Instead, I call or I email or I take a walk by the river and imagine the conversation and their advice and I feel better. Stef and Gina are still here in my life, they’re just not Here.

Geography, I’m learning, is not the insurmountable adversary to intimacy that I once thought it to be.

Here’s where I’m going to get polly-anna-ish, but bear with me: what if changing the perspective of a relationship can, perhaps, bring to light qualities (delightful qualities), in the other person that you weren’t able to discern from your original, up-close vantage point? Most certainly if you, ahem, consider the situation of friendship and togetherness diligently and then closely investigate the experience of being separated from someone you love, you will, at the very least, bring to light unexplored qualities in yourself. And that’s not nothing.

Increasing the physical distance between two people has proven to be the downfall of many friendships and loves (especially when paired with a wandering eye and anemic efforts to connect on one or both persons’ behalf), but it is my hope that the opposite result has the potential to be realized, too.

As Gina and I enter this, our second year of long-distance friendship and prepare for the second birthdays and holidays we’ll spend apart; now that our memories of “last year at this time” already allows for her absence at my kitchen table (and me at hers), I’m hopeful that the deeper elements of our connection–and a more profound appreciation of one another’s unique situations and sensibilities–will emerge from under the delicious but sugary glaze of honeymoon-love and the necessary but not always profound fondness and adoration that’s present at the beginning of a relationship.

I always scrape the frosting off slices of cake–the good stuff lies beneath it.

The first year was like icing.
Then the cake started to show through.
Which was fine, too, except you forget the direction you’re taking.
Suddenly you are interested in some new thing
And can’t tell how you got here. Then there is confusion
Even out of happiness, like a smoke—
The words get heavy, some topple over, you break others.
And outlines disappear once again.

Heck, it’s anybody’s story,
A sentimental journey—“gonna take a sentimental journey,”
And we do, but you wake up under the table of a dream:
You are that dream, and it is the seventh layer of you.
We haven’t moved an inch, and everything has changed.
We are somewhere near a tennis court at night.
We get lost in life, but life knows where we are.
We can always be found with our associates.
Haven’t you always wanted to curl up like a dog and go to sleep like a dog?

In the rash of partings and dyings (the new twist),
There’s also room for breaking out of living.
Whatever happens will be quite ingenious.
No acre but will resume being disputed now,
And paintings are one thing we never seem to run out of.