A former yoga teacher I once studied with, while attempting to guide our class of restless New Yorkers through a pranayama (breathing/meditation) exercise, likened a full breath cycle to the sequence of sunlight in a 24-hour period here on Earth. He wanted us to pay attention to the two obvious portions: the rising part (the inhale) and the setting part (the exhale), but more important, we were to notice the less obvious spaces that separated those two–the metaphorical equivalents of dawn and dusk. We were to observe the brief intervals of time when our breath seems suspended–just after an inhale and then again after an exhale–and to investigate what happens in our bodies and to our minds when we really focused on those parts. Try it now; I’ll wait.

So…? I’m sure you didn’t do it, but give it a try the next time you’re laying in bed and can’t sleep. It’s a pretty interesting practice. I remember getting nervous and even a little bit panicky at first as I waited in, and even courted, that in-between time. It was a sensation that made me breathe quicker and more urgently–not the state of mind that that yoga teacher was trying to cultivate in students who were desperate for a way to calm down.

I remember, too, wanting to get back to the marquee moments of breathing as quickly as possible. I felt safer there because it was what I knew. We gulp for air when we’re winded. We try to breathe easy when we’re scared. We run, we breathe. We swim, we breathe. Childbirth seems like one big practice in controlling your breath (and your body fluids). Usually we only think about taking breaths and releasing breaths when it’s the transition times that are the most compelling and, dare I say, transformative.

Once I started practicing slowing down, once I actually made a point of noticing what was going on with the parts of my breath that weren’t active or obvious, I actually began to relax and hold off my more rapacious instincts. It was almost as if, during those brief intervals when my breath was on hold, that my mind got turned off (in a good way), too. And that, for all who know me and have had the pleasure (i.e. the pain) of listening to what goes on in my mind, is the definition bliss. 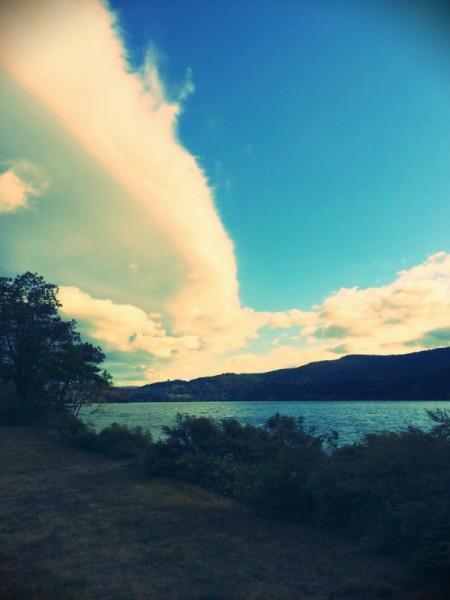 I mention this now because of the change of seasons that we’re in the midst of; a change, mind you, that I’m not taking very well. I don’t like the fall. Sure, it’s pretty and it is a bit easier to sleep at night on account of the cooler temperatures, but it being fall mostly just marks the beginning of me being cold for the next five months. And wearing socks. Coming off the grouchy-pants year I’ve just had, however, I’m trying to appreciate, if not enjoy, this time of year…which is how I got to thinking about the breathing thing.

See, the calendar year is broken up into four parts, too, and right now we’re in one of those in-between times: fall.

Not that fall doesn’t have a temperament and actuality all its own. People here in the northeastern United States are very demonstrative and vocal about Autumn being their very favorite time of year. It’s high wedding season in the HudsonValley (an even more popular time to get hitched than in June) and every Saturday and Sunday brides, clutching bouquets of dried hydrangeas wrapped in burlap twine, stand with their grooms for photos all along the river’s edge. Our hiking trails are teeming with Brooklyn hipsters and other city folk. The frenzied squirrels in our yard are gathering nuts and seeds at a frenzied pace, as if their lives depend on it; which, of course, they do. What with all of that activity and its natural beauty: the crimson and cadmium leaves, the crisp air laced with the sweetness of ripened apples mixed with smoke from newly lit chimneys, it’s a lovely time of year.

For all of its unique qualities, however, fall–like that pause after the inhale–is a space between. Acquaintances never ask “How was your fall?” or lament about “What a long autumn it’s been!” It’s like fly-over country for seasonal-speak. Fall is the time between the two gaudiest and blatant seasons and is composed of a temperature gradient as inconsistent as it is variable. It’s days reflect both summer and winter: not uncommon are 75 degree late-October afternoons or frost warnings in early September. Fall is an amalgamation of what came before it and what we imagine will come next. 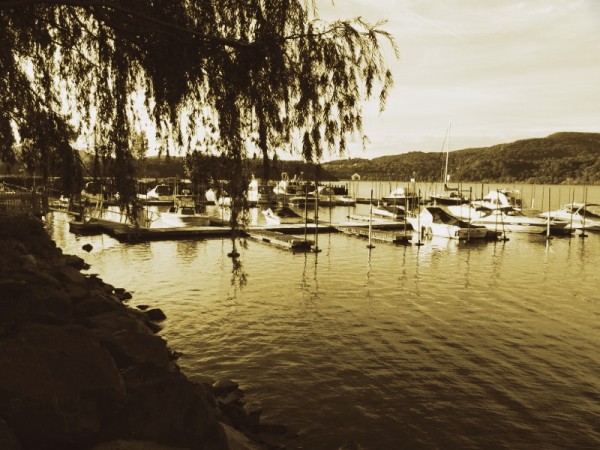 If fall serves as the culmination of summer (the harvest, the end of the life cycle for certain plants and insects/a dormant time for others) as well as a time when we humans prepare for the intensity of cold and snow and what will come, than isn’t it the very best time for silence and reflection, too? In the fall we put the patio furniture away, ready the flower beds for latency and put snow tires on our car (or, in Gina’s case, chains on the tires). It’s a time when we’re required to clean up from the three month fiesta of sunshine and bare feet and gird our loins in anticipation of the drop-kick into wool skivvies.

At its very essence fall is the moderation between two extremes. At its very essence it begs us to stop. To wait. To take note. To set an intention. We’ll be moving as soon as winter arrives. We’ll have no choice. We have to stay warm.

So, I’m keeping careful watch of myself this week, lest I get too nostalgic lamenting the exiting warmth and ease of summer, and too concerned about the impending trials and tribulations of winter so much so that I miss out on the quiet respite and beauty and tranquility that fall provides. By pushing this metaphor to the limit today–and I’m sorry about that–I’m hoping that I will learn to appreciate autumn for what it is. I’m hoping that I can rest in its quiet and absorb its moderation and be, if not happy, than content. 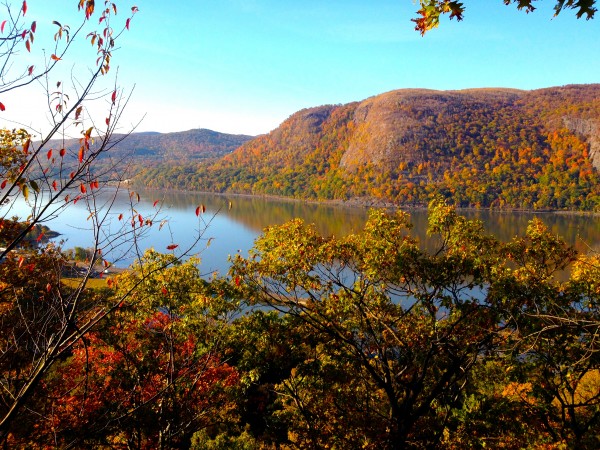