Today is launch day for my talented and thoughtful husband’s book and music! (Auguri tesoro!) And no, he hasn’t paid me to type these words… You can check out more about him and the projects at theconsideredlife.com or stefanboublil.com, and make a purchase at  Amazon.com (book) or iTunes (music) or iTunes (audiobook)! 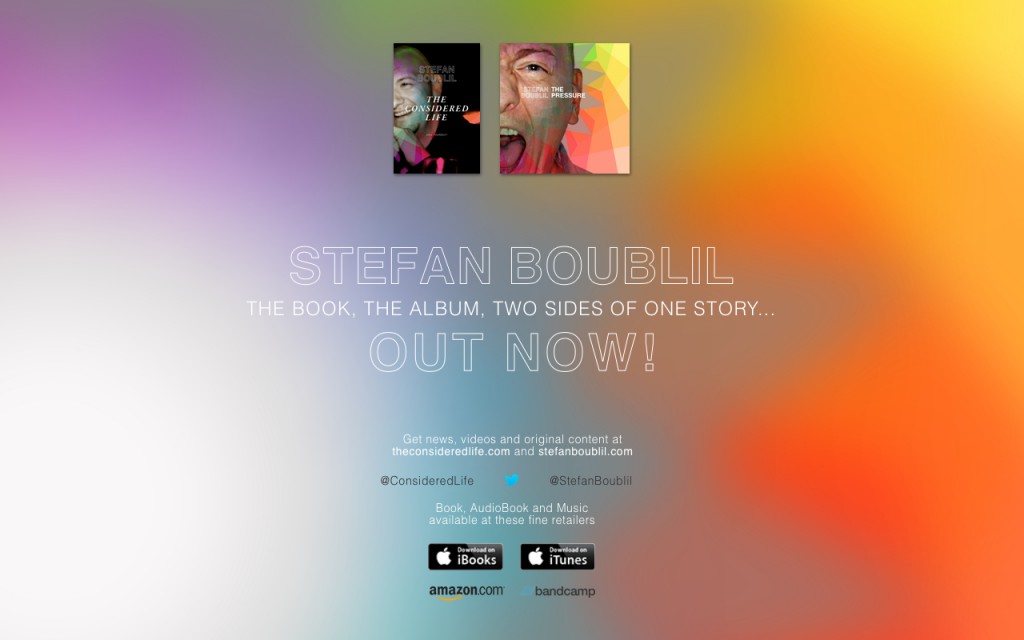 With that exciting piece of news out there, my son and I had an interesting conversation the other day that has had a most unexpected result… running. I’ve never been a big fan of running for sport. Sure, if zombies are chasing you or you need to get out of the way of a collapsing building, I could understand why you might want to pick up the pace, but otherwise, aren’t you just running to nowhere for no good reason? Of course, running friends and family have always extolled its virtues, telling me its good for heart, body and mind. One of my first roommates out of college even got me running around the reservoir in Central Park for a few months, but only an invitation from my 11-year old could have gotten my butt to even contemplate doing it again.

He’d be the first to tell you that he’s not a sports guy, despite trying out baseball, soccer, tennis and a little basketball. None of these have ever been all that much fun for him, despite encouragement and support from the 11-year old living over on the right there, who does enjoy many of these. Since moving to Italy, going to numerous soccer practices with a close friend, and experiencing some World Cup fever, I think he’s definitely understood and maybe even appreciates how much hard work goes into playing that game or any sport well. But it isn’t sports, friends or his parents that have motivated this guy to run, it’s dreams of boot camp! Yep, boot camp. Who knows who’s boot camp (I’ve heard something about the U.S. National Guard) but he’d like to get in good physical condition so that it doesn’t kick his butt. Maybe living across the river from West Point for 4 years did this? Books about Roman soldiers?

Whatever the case, we’ve started by downloading the Nike + Running app (Thank you Lena!), and it’s the perfect motivator for the pre-teen with a mild screen addiction problem. It has smart tracking tools (how much you run, your time, calories burned and Nike Fuel points earned), a built-in coach (with which we easily started an 8-week training program), social media sharing (Instagram and Facebook friends here we come!) and the ability to hook up with friends or your mom so that we can challenge each other for the top spot each week.

Out on our hilly gravel roads, the running is not as easy as it might be in a city, but so far some fun is being had, our bodies are definitely being challenged, and it’s easy to see all the life lessons that this running to nowhere has the potential to teach, lessons momma probably needs as much as her son. We’ll see where all this takes us. If all goes well, maybe we’ll even try running a 5k in August! 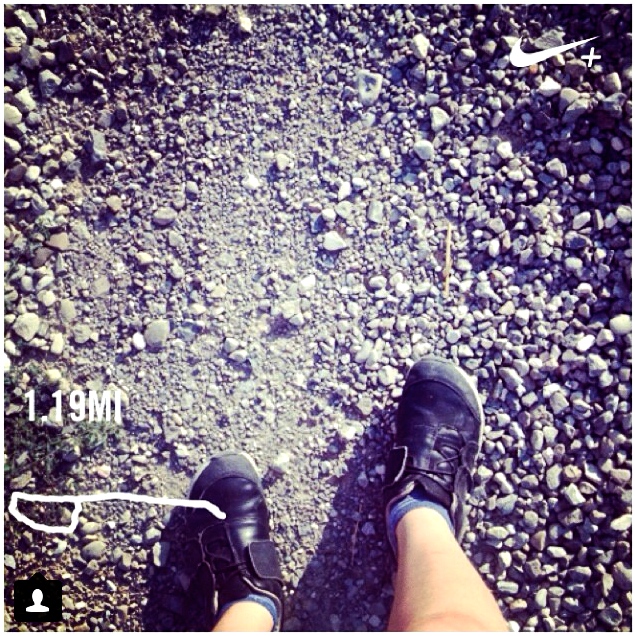